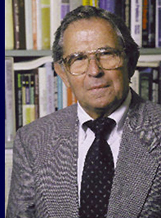 “In Search of the Good Life: A Pedagogy for Troubled Times,” by Fred Dallmayr, Packey J. Dee Professor of Political Science at the University of Notre Dame, recently was published by the University Press of Kentucky.

The book examines the development of the Aristotelian understanding of the “good life” as the purpose of human existence from ancient to modern times. Following its expression in Greek philosophy, Judeo-Christian tradition, the Eastern religions, and postindustrial social criticism, Dallmayr explores the works of numerous thinkers including Bonaventure, Nicolaus of Cusa, Leibniz and Montesquieu. He also suggests the notion’s relevance to the turbulent present era and its applicability to contemporary personal conduct, civic virtue and political engagement.

According to Cornel West, professor of religion and African-American studies at Princeton University, “Dallmayr is not only a major figure in critical theory and political philosophy but also an exemplary teacher who cares deeply about the future of paideia (the highest learning). Don’t miss this powerful and poignant book.”

A member of the Notre Dame faculty since 1978, Dallmayr specializes in modern and contemporary European thought as well as in comparative philosophy and non-Western political thought, cross-cultural dialogue, and global human rights. He is the author of 14 books, including “Achieving Our World: Toward A Global and Plural Democracy”; “Dialogue Among Civilizations: Some Exemplary Voices”; “Beyond Orientalism: Essays on Cross-cultural Encounter”; and “Alternative Visions: Paths in The Global Village.”

Originally published by Michael O. Garvey at newsinfo.nd.edu on September 19, 2007.