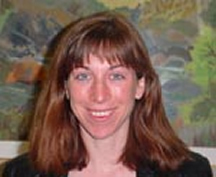 Eighteenth century theological and philosophical discourses on the family have profound implications for 21st century controversies, according to Eileen Hunt Botting, Thomas J. and Robert T. Rolfs Assistant Professor of Political Science at the University of Notre Dame.

Wollstonecraft’s vision, a challenge to the “patriarchal” understanding of the family that was dominant in her time, “has increasingly become embodied and enmeshed in the norms, practices and institutions of Western culture and politics,” Botting said.

For Wollstonecraft, Botting said, a desirable family was one “in which the equality of the sexes was respected in human behavior and institutionalized in law; marriage was understood as a friendship between rational and affectionate equals; the moral duty of parenting was seen as a human, not a primarily female, duty; and the hierarchy between parents and children was recognized as legitimate only insofar as it was temporary and benevolent.”

Botting contends that Wollstonecraft’s understanding of the family has roots not only in Enlightenment philosophy, but in Christian theology as well, and that it “teaches us that the conflicts we perceive today between values such as religious faith and intellectual freedom may be more apparent than real. As a Christian Enlightenment feminist who critically yet productively engaged the leading defenders of patriarchal social and political institutions in her time, Wollstonecraft is a testament to how robust and challenging intellectual debate and argument about matters dear to our hearts—such as love, marriage, sexuality and family life—can generate creative ideas and practices that will ultimately transform human social and political life for the better.”

Botting has been a member of the Notre Dame faculty since 2001. Her next book is entitled “Mary Wollstonecraft and the Making of Modern Feminisms.”

Originally published by Michael O. Garvey at newsinfo.nd.edu on March 06, 2006.