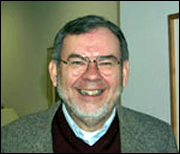 “The Politics of Cultural Differences: Social Change and Voter Mobilization Strategies in the Post-New Deal Period,” a book co-authored by David C. Leege, professor emeritus of political science at the University of Dame, two former Notre Dame graduate students and a University of Florida political scientist, has received the inaugural Best Publication Award from the American Political Science Association (ASPA).

The book was co-authored by Kenneth D. Wald, distinguished professor of political science at the University of Florida, and Brian S. Krueger and Paul D. Mueller, both of whom contributed to the book while earning their doctoral degrees at Notre Dame.

Honored in the ASPA’s religion and politics category, the book, published in 2002 by Princeton University Press, offers a new perspective on the cultural dimensions of American political life and formulates a theory of campaign strategies that emphasizes cultural conflict regarding patriotism, race, gender and religion. Based on both theory and empirical data from presidential campaigns over the last four decades of the 20th century, the authors examine issues that have deepened cultural divisions in both political parties’ coalitions.

A member of the Notre Dame faculty since 1976, Leege specializes in American voting behavior, religion and the politics of cultural differences. He is the author of more than 18 books and journal articles and currently studies changes in the political behavior of Catholics and Latinos.

Originally published by Susan Guibert at newsinfo.nd.edu on August 03, 2005.