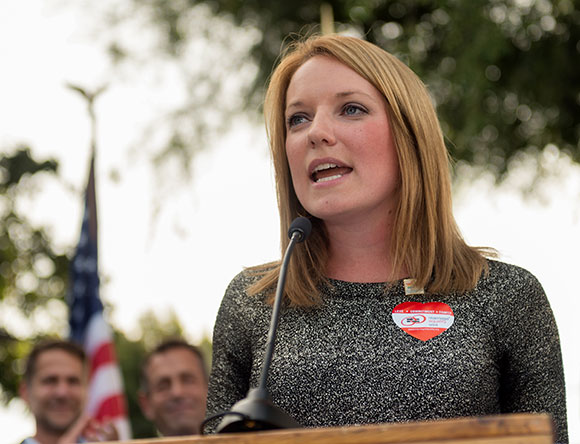 Lindsey Horvath ’04 had one goal for her future—to be of service to others.

At Notre Dame, she developed a broad range of skills that would help her pursue that goal, both in her career and in her community. 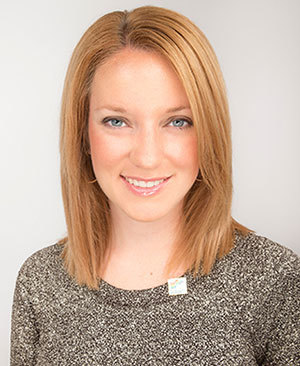 Horvath, who majored in political science and gender studies, now serves as mayor of the city of West Hollywood, Calif., in addition to owning an entertainment advertising agency. She returned to campus this semester to speak with students through an event coordinated by the Rooney Center for American Democracy.

Horvath didn’t initially foresee her call to service involving elected office. She initially moved to California with plans to attend a musical theatre program, then shifted to entertainment advertising—an industry in which a fellow Notre Dame graduate helped her get her start.

As she pursued her advertising career, however, she also became deeply connected to her community and the local political scene. She worked for John Kerry’s presidential campaign in 2004 and got involved with the West Hollywood Women’s Advisory Board, the V-Day movement to stop violence against women, and the National Organization for Women.

She continued to pursue ways to make a difference in her community, and in 2009, that dedication led to an appointed position on the West Hollywood City Council.

“You never know when you’re going to be called to step up and do that thing you’re meant to do,” Horvath told the group of current students. “But, just know that you’re ready now.”

The skills she honed at Notre Dame—relationship-building, critical thinking, communication, and the ability to analyze complex problems—translated well to public service, she said.

“You don’t need to be an expert on everything. You need to know how to reach out to people, how to help people. Become the expert that you need to be in decision-making. You already have good judgment, and you’re learning exactly how to do those things at Notre Dame.”

Two years later, Horvath lost an extremely competitive re-election campaign, but she continued her public service as the city’s transportation commissioner. She initiated the West Hollywood Bicycle Task Force and pushed initiatives that led to the city of 35,000 people being named the most walkable municipality in the state.

Her next opportunity came when a city council member chose not to seek re-election and encouraged Horvath to run. She did—and she won.

“Unbeknownst to me, I had won over some of my biggest detractors from 2011,” she said, “simply by continuing to do hard work and staying invested in the community.”

After securing a four-year term on the council in 2015, she was elected by her fellow council members to serve as mayor.

Throughout her career, Horvath has stayed focused on what matters most.

“Thanks to my Notre Dame education and my commitment to my values, it has been very easy to remember that what I most want to do is put the most vulnerable people in my community at the center of our work,” she said. “Because I know that if we take care of our most vulnerable, everybody will be uplifted.”