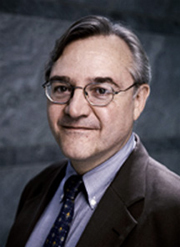 Political columnist and author E. J. Dionne Jr. will deliver a lecture titled “Souled Out: Reclaiming Faith and Politics in America,” at 7:30p.m. March 31 (Monday) in the Hesburgh Library’s Carey Auditorium at the University of Notre Dame. The talk is free and open to the public.

A Washington Post columnist, Dionne is the author of “Souled Out: Reclaiming Faith and Politics After the Religious Right,” recently released by Princeton University Press, and “Why Americans Hate Politics,” which was nominated for a National Book Award.

Dionne, a professor at Georgetown University, serves as a regular political analyst for National Public Radio and senior fellow at the Brookings Institution.

Dionne will serve as the Keifer Visitor in Journalism at Notre Dame under the auspices of the Marguerite and Lou Keifer Endowment for Excellence in Journalism and the John W. Gallivan Program in Journalism, Ethics and Democracy.

The lecture is sponsored by the Gallivan Program, Center for Social Concerns’ ND Votes ’08 campaign and Department of Political Science.