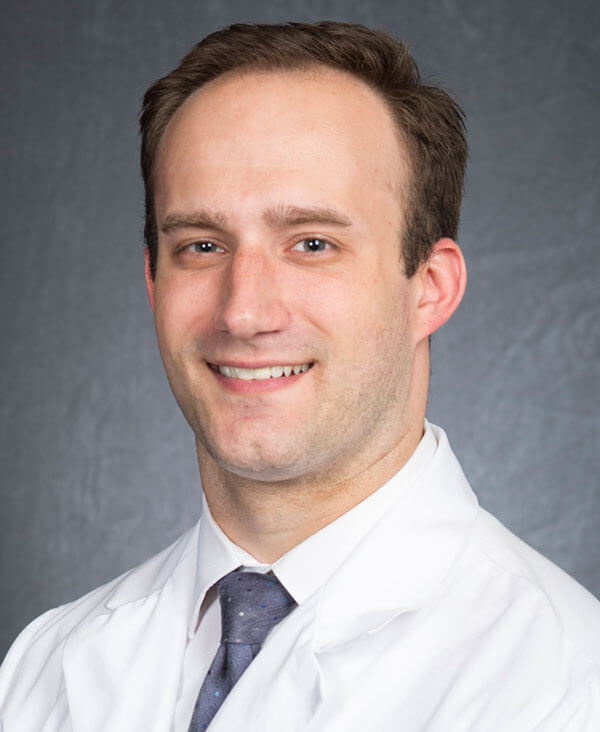 Schmitt, who majored in anthropology and biology, relies on his liberal arts education to connect with his diverse patient base and treat them comprehensively at the Level I trauma center — a hospital providing the highest level of surgery to trauma victims.

"My anthropology major has been invaluable thus far in my career as a physician,” Schmitt said. “Working at a hospital that largely treats underserved communities with socioeconomic backgrounds much different than mine, my anthropology experience has allowed me to appreciate the diverse worldviews of those I care for, enabling me to give the patient and their families the best care possible."

Even outside of the hospital, Schmitt said his Arts and Letters background helps him form more genuine connections with others.

“A liberal arts education makes people better at communicating. Just on a day-to-day basis, it allows you to better interact with and understand one another,” he said.

“My background makes me a substantially more well-rounded individual than I’d be if I had just done my science degree and said, ‘This is all I need to get into medical school.’”

"My anthropology major has been invaluable thus far in my career as a physician. Working at a hospital that largely treats underserved communities with socioeconomic backgrounds much different than mine, my anthropology experience has allowed me to appreciate the diverse worldviews of those I care for, enabling me to give the patient and their families the best care possible."

At times, Schmitt’s two majors forced him to focus simultaneously on opposite ends of the academic spectrum. Organic chemistry, he said, is nothing like anthropology.

But overall, he found his majors balanced each other well, with his Arts and Letters coursework provided a holistic perspective he wouldn’t have gotten studying biology alone. And classes in medical anthropology allowed Schmitt to seamlessly blend the two majors.

Schmitt also balanced life as a Division I student-athlete, playing defense and defensive midfield for the men’s lacrosse team.

While his schedule was rigid, it ultimately made him a better student and helped ease his transition to medical school.

“Lacrosse very much regimented my day, which, in hindsight, was very helpful,” he said.

After graduating Notre Dame, Schmitt went to Rush Medical College at Rush University Medical Center in Chicago, where he first worked with a medically underserved population. Facing this new challenge, he relied on his anthropology experience — and a passion for service he cultivated at Notre Dame.

“I think that the background that I have — being able to ask the appropriate questions to better understand the patient and appropriately treat them — is so important,” he said.

For example, when Schmitt recently saw a patient with a severely fractured hip and blood loss after a motorcycle accident, he would have normally recommended surgery. The patient, however, was a Jehovah’s Witness, and could not accept a blood transfusion.

“We had to understand his point of view and ask, ‘What are we going to do that will give you the best possible outcome, knowing that this is part of your religion and not something you can compromise on?’” he said.

Schmitt’s team found an alternative treatment that respected the patient’s religious beliefs and helped him heal.

In those situations, Schmitt said that his liberal arts education has given him a “much better basis for understanding people” — and has made him a better doctor.

“You have to consider the other social factors in people’s lives outside of, for example, their knee bothering them,” Schmitt said. “There’s a whole other side to why it took so long for them to come in or why they were 30 minutes late for their appointment — whatever it may be — that you have to make the effort to think about.

“My anthropology degree drives me to seek a better understanding.”