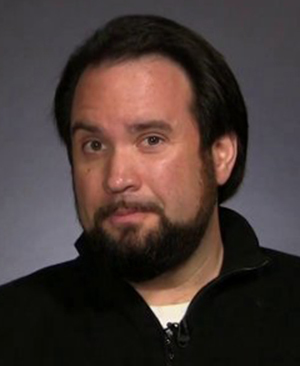 Charles Camosy ’97 makes a living wrestling with some of society’s greatest moral dilemmas: What are the medical and clinical ethics of stem cell research? Should we have moral concern for animals? What are the basic issues at stake in abortion morality and law?

He first confronted some of those challenging questions as a philosophy major in Notre Dame’s College of Arts and Letters. Through classes on metaphysics, ethics, and the origins of the universe, Camosy developed a fascination with issues such as the problem of evil, divine foreknowledge, and understanding the Trinity.

After graduation, he continued his quest for answers by pursuing a master’s degree in theology and, later, a Ph.D. in Christian ethics both at Notre Dame.

He now teaches Christian ethics at Fordham University in New York and has published four books on morality and ethics.

“I’ve always loved the rigorous and careful thinking that I learned how to do as a Notre Dame philosophy major,” Camosy said. “All too often today, we refuse to engage in the nitty-gritty arguments. I learned to seriously engage all arguments and their merits at Notre Dame—and never simply dismiss them because of their source.”

A Concern for Animals 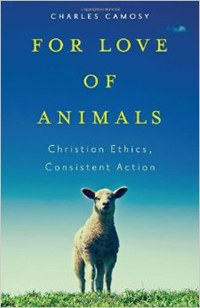 Camosy’s 2013 book, For Love of Animals: Christian Ethics, Consistent Action, discusses moral concern for animals, making a case that Christians should “push back on the violent social structures which lead to the horrific ways we treat animals,” Camosy said.

The book received significant media attention from publications such as The New York Times for its exploration of Christian perspectives on animal rights, and for its conclusion that humans have a moral responsibility to treat animals humanely.

“I wanted to write a book that would try to reach religious people on the right to take a second look at moral concern for animals,” Camosy said. “How, for example, can we put [NFL quarterback] Michael Vick in jail for torturing and killing dogs, but we happily eat similar kinds of animals, like pigs, who have been tortured and killed in factory farms?”

At Notre Dame, Camosy learned how to write articulate arguments about complicated, weighty topics. He also developed an ability to write for various audiences—secular, religious, liberal, conservative, academic, or mainstream.

“As a result, I’ve been able to write hard-core academic books for Cambridge University Press, as well as the For Love of Animals book, written for a mainstream audience,” Camosy said. “Notre Dame didn’t teach me to write for just one type of audience. I learned how to write for multiple ones.”

A Search for Answers

Camosy’s study of philosophy also sparked critical thinking about the origin of some of society’s most polarizing dilemmas. He remembers a Metaphysics class he took as an undergraduate, for example, that helped him realize many arguments begin with a principle rooted in faith or intuition.

“If you drill down far enough, the most interesting and important arguments are usually about first principles which grab or claim us,” Camosy said. “It was in this class that I began to wonder if mere argument and being ‘rational’ was enough in my own pursuit of life’s most important questions.”

As Camosy continued his undergraduate studies, he began to believe that a purely philosophical approach could not fully answer some of the great questions of our time. It seemed “reason alone” was not enough. After graduation, Camosy sought a master’s in Roman Catholic systematic theology as a way to better address such questions.

“But eventually, I got frustrated even with a theological approach to those big questions,” Camosy said. “My quest for ‘answers’ just led me to having more questions.”

A Focus on Understanding 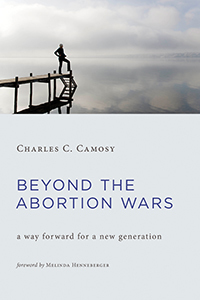 Beyond the Abortion Wars: A Way Forward for a New Generation

After receiving his master’s degree, Camosy returned to his home state of Wisconsin to teach high school theology. While leading a class on social justice and medical ethics, he realized he wanted to focus his studies on the issues and arguments that impact people’s daily lives, like abortion and stem cell research, rather than abstract philosophical ideas.

He came back to Notre Dame to pursue his Ph.D., and found that his true calling was in moral theology and Christian ethics. He received his doctorate in 2009 and then began teaching at Fordham, where he is now an associate professor.

Camosy encourages his students to pursue “intellectual solidarity” when engaging with those who disagree with them, he said, focusing on ideas, evidence, and arguments instead of reducing a debate to politics and “power games.”

He was back on Notre Dame’s campus in April for the University’s conference, “Polarization in the U.S. Catholic Church: Naming the Wounds, Beginning to Heal,” which focused on re-establishing the virtues of solidarity, love, and humility at the heart of the Christian message.

His fourth book, Beyond the Abortion Wars: A Way Forward for a New Generation, released in March, focuses on the abortion debate in the United States. It concludes that most Americans, despite polarized public discourse, agree on the basic issues at stake in abortion morality and law.

Camosy’s undergraduate philosophy program underpins his entire career, he said, because it taught him how to question and develop personal beliefs, form effective and well-supported arguments, and communicate them with a wide and varied audience.

“It is a fantastic major,” he said. “And one that is needed now more than ever.”