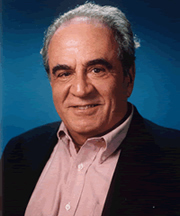 Guillermo O’Donnell, the Helen Kellogg Chair in Political Science at the University of Notre Dame, has been awarded the Prize for Lifetime Achievement by the International Political Science Association (IPSA).

O’Donnell, the first-ever recipient of the award, is being recognized for the impact of his scholarly work on the political science community around the world. The award ceremony will be held in July at the 20th IPSA World Congress in Fukuoka, Japan, where O’Donnell also will present a prize lecture.

O’Donnell has published extensively on authoritarianism, democratization and democratic theory, most recently co-editing “The Quality of Democracy,” published in 2004 by Notre Dame Press.

O’Donnell was elected in 1995 to the American Academy of Arts and Sciences, the nation’s leading learned society. In 2003, the Latin American Studies Association awarded him the Kalman Silvert Award for lifetime contribution to the study of Latin America, the organization’s highest honor.

A native of Argentina, O’Donnell earned his bachelor of laws degree from the National University of Buenos Aires and his master’s and doctoral degrees from Yale University. He joined the Notre Dame faculty in 1982 and served as academic director of the University’s Kellogg Institute for International Studies from 1982 to 1997.

Awarded by the Foundation Mattei Dogan, the IPSA Prize for Lifetime Achievement is awarded to a scholar of high international reputation in recognition of his or her contribution to the advancement of political science. IPSA is an international scholarly association formed in 1949 to promote the advancement of political science through the collaboration of scholars around the world.

Originally published by Tim Masterton at newsinfo.nd.edu on January 26, 2006.