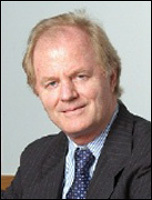 Jonathan Schell, whose bestselling book “The Fate of the Earth” is credited with launching the movement to abolish nuclear weapons, will speak at 4:15p.m. Nov. 13 (Tuesday) in the Hesburgh Center auditorium at the University of Notre Dame.

Titled “Nuclear Abolition in 1986 — and Now,” the lecture will focus on the 1986 summit in Reykjavik, Iceland, during which President Reagan and Soviet leader Mikhail Gorbachev came extremely close to abolishing all nuclear weapons. Schell will explore how this happened, why it failed, and what it means for nuclear disarmament efforts today.

After the talk, which is free and open to the public, Schell will sign copies of his new book, “The Seventh Decade: The New Shape of Nuclear Danger.”

Schell is a senior visiting lecturer at Yale University. He also is the Harold Willens Peace Fellow at the Nation Institute, the peace and disarmament correspondent for The Nation, and a writer for Harper’s, The Atlantic, Foreign Affairs, and Tomdispatch.com.

Published in 1982, Schell’s Pulitzer-Prize-nominated book “The Fate of the Earth” “painted a chilling picture of the planet in the aftermath of a nuclear holocaust,” according to Stanford University Press. The New York Times called the book “an event of profound historical moment.”

Schell’s other books are “The Village of Ben Suc,” “The Military Half,” “The Time of Illusion,” “The Abolition,” “History in Sherman Park,” “The Real War,” “Observing the Nixon Years,” “The Gift of Time,” “The Unfinished Twentieth Century,” “The Unconquerable World,” and “A Hole in the World.”

The lecture is sponsored by Notre Dame’s Kroc Institute for International Peace Studies and the Fourth Freedom Forum. The Kroc Institute is dedicated to understanding the causes of violent conflict and promoting the conditions for sustainable peace. The Fourth Freedom Forum develops and disseminates ideas to free humanity from the fear of war, with an emphasis on the use of international law rather than force.

Originally published by Joan Fallon at newsinfo.nd.edu on November 06, 2007.