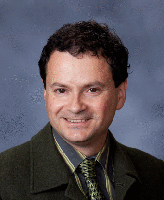 Pierpaolo Polzonetti, an associate professor in Notre Dame’s Program of Liberal Studies (PLS) and Sacred Music at Notre Dame program, has won the Lewis Lockwood Award for his book Italian Opera in the Age of the American Revolution (Cambridge University Press). Bestowed by the American Musicological Society, the annual prize recognizes a book of exceptional merit by a scholar in the early stages of his or her career.

The winning book focuses on representations of America and Americans in 18th century Italian opera, touching on often unknown and overlooked repertories. Polzonetti then draws on these musical productions to analyze the European reception of American social and political identity.

“While it is true that there were some excellent books submitted to the Lockwood committee this year, [Polzonetti’s] clearly stood above the others, not only for the impeccable scholarship but for how enjoyable it was to read,” says award committee chair Kristine Forney, director of music history/musicology at the Bob Cole Conservatory of Music at California State University, Long Beach.

Committee member Michael Steinberg, the Barnaby Conrad and Mary Critchfield Keeney Professor of History and Professor of Music at Brown University, calls the book “completely original, interesting on every page, and a unique, Polzonettian blend of rigor and humor.” 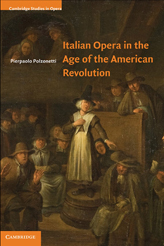 Polzonetti, who specializes in 18th century music and culture, believes opera is the ideal musical genre through which to study history and culture—in large part due to its interdisciplinary nature and broad reach.

Opera, he notes, especially in the modern era, was the official form of entertainment internationally and across classes. “We have popes and kings serving as opera librettists,” he says. “Even in the case of Mozart’s comic operas, it is remarkable how Emperor Joseph II paid close attention to these works by sponsoring them and even attending rehearsals.

“When I teach opera to my students at Notre Dame or at the homeless center in a program led by my PLS colleagues Steve Fallon and Clark Power, I realize that opera has the power to transcend linguistic and cultural barriers and be meaningful (in different ways) to very different people.

“Through opera, we understand not only history but also society and ourselves the way we are today,” Polzonetti says.

To know that fellow scholars appreciate and take to heart the work he treasures is especially meaningful to Polzonetti.

“This is a very important recognition to my work in the field of opera studies,” he says. “It is an invitation to do more.”

Currently, Polzonetti is finishing a project on the use of instrumental music as a universal language in 18th century Catholic liturgy, with a special focus on the Basilica of Saint Anthony of Padua. He is also starting his second book project, which includes research trips to Italy and Austria, to collect evidence on representations of marriage in 18th century opera.