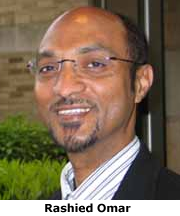 Pope Benedict XVI’s quotation of remarks made by a Byzantine emperor six centuries ago have been described as “injudicious” by A. Rashied Omar, research scholar of Islamic studies at the University of Notre Dame’s Joan B. Kroc Institute for International Peace Studies.

In a speech Tuesday at the University of Regensberg, Pope Benedict somewhat disapprovingly quoted a conversation in 1391 in which the Byzantine emperor Manuel Paleologos II, said “Show me just what Muhammad brought that was new, and there you will find things only evil and inhuman, such as his command to spread by the sword the faith he preached.”

The Pope’s reference to the emperor’s remarks have provoked outrage among Muslim leaders worldwide and led to widespread demands that the pontiff apologize for “insulting” Islam.

“Pope Benedict’s comments regarding Islam, made during a speech in Cologne, were unwise and unhelpful—especially given the difficult times in which we live,” Omar said. "The Byzantine emperor’s views about Islam were wrong and bigoted. What purpose could it serve to resurrect such outdated views?

“Pope Benedict would do well to learn from his predecessor, Pope John-Paul II, who worked tirelessly to improve relations between Catholics and Muslims,” Omar said.

“Pope John Paul built strong bridges to the Muslim world as was evidenced by the outpouring of genuine grief and condolences at his death. These strong links will no doubt help Muslims and Catholics through this regrettable episode.”

Omar added, “I call upon Muslims to heed the Qur’an’s guidance (28:55) by responding to Pope Benedict’s remarks in the following manner: `And when they hear vain talk, they turn away therefrom and say: To us our deeds and to you yours, peace be to you.’”

Originally published by Michael O. Garvey at newsinfo.nd.edu on September 15, 2006.