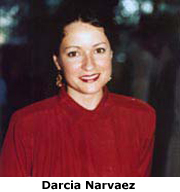 The recent release of the new video game “Bully” has rallied troops from both sides of the fence, with critics labeling it a “Columbine simulator” and proponents calling it “just political gamesmanship” that is “imaginative and funny.”

Though the premise of the game – set in a Northeastern boarding school where nerds live in fear – is to help the game’s 15-year old antihero do good (like escorting an archetypal outcast to the bathroom before he’s confronted by a pack of older bullies and wets himself), these seemingly pro-social acts are accomplished with fists.

“One might think that standing up to bullies makes a good game, but not if you are using violence to stand up to them,” said Darcia Narvaez, a University of Notre Dame psychologist who researches moral development in children and the effects of violent video games on them.

“The most powerful effect of violence on users is the hero using violence to meet a goal, especially if it is humorous. This type of violence is more likely to be imitated when seen, and particularly when practiced repeatedly.”

Though “Bully” doesn’t involve any blood or killing, fist fighting in the game is almost constant, with one test-gamer reporting that he engaged in 400 fights by the halfway point of the game.

“With violent video game play, children learn to associate violence with pleasure when they are rewarded for hurting another character, and this undermines moral sensitivity,” said Narvaez , director of Notre Dame’s Center for Ethical Education.

“Human emotional wiring is designed to abhor violence and feel rewarded forhelping others,” she said. “Children who play violent video games build opposite intuitions that they will take with them into the rest of lives.”

A video game like “Bully” teaches players different ways to hurt others, and because children practice the actions available in the game over and over, they learn automatic reactions that are carried over into their everyday lives.

Since violent video games offer such immediate rewards for learning, the risk of addiction to the games is particularly dangerous for adolescents.

“Recent brain research suggests that any addictive behavior, whether it’s drugs, alcohol or violence, can harm the final stages of brain development in young adults, leaving them with an immature decision-making system and diminished empathy for others,” Narvaez said.

Contact: Darcia Narvaez, associate professor of psychology, is available for interviews and can be reached at: dnarvaez@nd.edu or 574-631-7835.

Originally published by Susan Guibert at newsinfo.nd.edu on November 17, 2006.