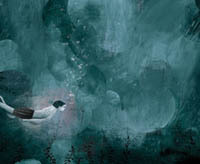 Two essays published in Notre Dame Magazine last year have been named to the “Notable Essays of 2011” in this year’s collection of The Best American Essays, edited by David Brooks and Robert Atwan. Both essays were written by graduates of the University’s College of Arts and Letters.

“Into the Deep,” which appeared in the Spring 2011 issue, was written by 1960 Notre Dame graduate Patrick Dunne, who was a philosophy major in the College. The piece is about a letter to a friend dying of melanoma. 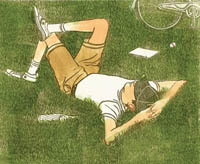 Also chosen was “A Summer Night” by Notre Dame Magazine Editor Kerry Temple ’74, who majored in English as an undergraduate. Temple’s essay, published in the Summer 2011 issue, reflects on a summer evening in southern Indiana and comments on the loss of childhood in America today.

Notre Dame Magazine, available in print and online, is produced quarterly by the University of Notre Dame. The magazine reports on University events, institutional information, campus developments and alumni activities. It also contains feature articles and essays that aim to educate and inform readers in ways that explore moral, spiritual and ethical themes as they relate to society and current events.