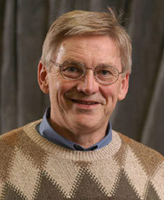 One of 24 recipients selected for the 2011-12 class of fellows, Van Engen will spend this semester at the American Academy in Berlin. Recipients include other outstanding scholars, writers, artists, policy experts, and a composer who will pursue independent studies and engage with German counterparts as well as the larger academic, cultural, and political life in Berlin.

The Andrew V. Tackes Professor of History, Van Engen garnered three major book prizes for his work: Sisters and Brothers of the Common Life: The Devotio Moderna and the World of the Later Middle Ages. The volume won the John Gilmary Shea and Philip Schaff prizes in 2009, as well as the 2010 Otto Gründler Book Prize.

Van Engen currently is working on a three-year project to publish the sisters’ and brothers’ writings in editions that include both Latin text and English translations.

A Notre Dame faculty member since 1977, Van Engen is a historian of culture, intellect, and religion during the European Middle Ages. From 1986 to 1998, he served as director of Notre Dame’s Medieval Institute. He also is a fellow of the Medieval Academy of America.