The University of Notre Dame Alumni Association honored the achievements and service of two former College of Arts and Letters students this month.

Kosek graduated magna cum laude from the University in 2004 with a bachelor’s degree in English and computer applications. She was commissioned as a second lieutenant in the Air Force Reserve and accepted an education delay to attend the Notre Dame Law School. After receiving her law degree in 2007, Kosek joined the Little Rock Air Force Base legal office as an assistant staff judge advocate before being deployed in June 2009 to Baghdad, Iraq. Just two months into her deployment to support Operation Iraqi Freedom, Kosek’s convoy was struck by an improvised explosive projectile, and she sustained significant injuries to her face, hands and leg, requiring multiple surgeries.

Kosek was awarded the Purple Heart, an Air Force Combat Action Medal and a Joint Service Commendation Medal for her service.

Victor Dukay, a 1978 Notre Dame graduate in economics, was presented the Thomas A. Dooley Award for his outstanding service to humankind, specifically for his work with HIV/AIDS and improving the lives of orphaned children in Africa. 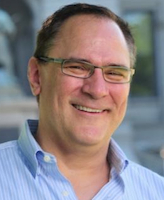 Currently, Dukay volunteers with an international group working in cooperation with the World Health Organization, South African leaders, the U.S. State Department, and other international foundations to effectively stop the transmission of HIV in Africa within seven years.