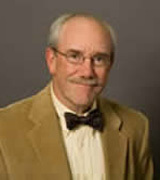 The University of Notre Dame, known for the importance it places on students’ first-year experiences, is embracing a program that creates a social bond between freshmen and some of the University’s top faculty.

No lectures. No reports due. The Residential Scholars Program provides food and conversation that ultimately help break down misconceptions and stereotypes between those members of the Notre Dame community on opposite ends of the academic spectrum.

“The program made me feel a part of the Notre Dame family right away,” said Sara Jaszkowski, a freshman from Boise, Idaho. “The opportunity to befriend professors is unique, and it’s a good feeling to know I could turn to any of them with a question or academic struggle.”

The concept is simple. Faculty and freshmen meet regularly to have dinner on campus and get to know one another as people. Some of them stay in touch via e-mail. Others have taken it a step further by attending social events around campus.

“The idea is to make the students comfortable in this environment and to help them build relationships and foster friendships with faculty,” said Ann Firth, associate vice president for student affairs. “There are no programs at the dinners. We pray together and then we eat.”

Founded in 2005 by Thomas Noble, professor of history and director of Notre Dame’s Medieval Institute, the program is funded by the Offices of the Provost and Residence Life and Housing. It has expanded from two residence halls in the first year to four Siegfried, Cavanaugh, Welsh Family and O’Neill. Some 100 students and 35 faculty members currently participate, and there are waiting lists in each of the halls in case any students drop out. Not many do.

Noble began developing the program after hearing complaints from his colleagues in the College of Arts and Letters about the lack of interaction between faculty and students outside the classroom. He modeled it after a program at the University of Virginia, where he taught for 20 years.

“I have had a few serious intellectual discussions,” Noble said. “Mostly, I’ve had lively conversations about the kids’ families, my family, what it’s like to be here and what it’s like to be away from home, and I always make a point to say `Go talk to your teachers. Get to know them.’”

Along with Firth, Noble sought input from Vice President and Associate Provost Dennis Jacobs, student leaders, dorm rectors and representatives from the First Year of Studies, which universally is regarded as one of the flagship programs for first-year students in higher education and is a key reason for Notre Dame’s 98 percent student retention rate from the freshman to sophomore years.

All participants, at the very least, are stepping out of their comfort zones. For some, the program’s benefits have been obvious and invaluable.

“Last spring I ate dinner with Chris Maziar (vice president and senior associate provost),” said sophomore Matthew Cossack from Shoreview, Minn. “I learned she used to be in charge of research at the University of Minnesota, which is near my hometown, so I told her I would love to do some type of research there over the summer. She sent me names of her former colleagues who work well with students, and I wound up getting a full-time job in the biochemistry lab of a prominent researcher. I spent most days purifying protein samples to look for biomarkers of various diseases, which was very applicable to my biochemistry major at Notre Dame.”

Now a junior, Dennis Rankin of Valrico, Fla., was in the pilot program.

“Before college, I imagined professors to be interested mostly in their own areas of expertise,” he admitted. “I never imagined they would find our lives and thoughts intriguing. Professors Christian Moevs (Romance languages and literatures) and Susan Ohmer (film, television and theatre) still stand out in my memory for their enthusiastic interest.”

Also delighted by faculty fervor, Firth guesses most of the students won’t fully realize for years the extent of this opportunity.

“The faculty who are part of the program are world-class scholars,” she said. “Although they have incredibly busy schedules, they have been extraordinarily generous with their time and care deeply about students.”

For example, Dennis Snow, professor of mathematics, has immersed himself in students’ lives by playing guitar during Mass at Welsh Family Hall. Stuart Greene, associate dean for undergraduate studies in Arts and Letters and associate professor of English, and Hope Hollocher, associate professor of biological sciences, took a group of students to a performance at the DeBartolo Center for the Performing Arts.

“If we’ve made it easier and more comfortable and more attractive for students to talk to faculty members, and we did that for 100 kids in each class, we’d have done something pretty good,” Noble said. “I write lots of letters of recommendation, and when it’s for a student that I’ve known for two or three years, had once or twice in class, and spoken to in and out of the classroom, I can write a much more meaningful letter.”

Noble hopes to continue to recruit faculty mentors so the program can be expanded to accommodate all interested freshmen.