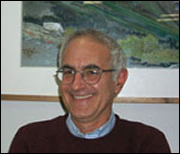 The National Endowment for the Humanities (NEH) has awarded a $1 million grant to the University of Notre Dame for a new program dedicated to examining the role of religion in American public life.

The grant will be administered over a three-year period and must be matched by an additional $3 million from other sources, providing a permanent $4 million endowment for the new program.

“The aim of the new program is to provide scholarly depth and breadth – both historical and philosophical – to issues surrounding the different visions of religion in American politics,” said Michael Zuckert, the Nancy Reeves Dreux Professor of Political Science and director of the new program.

“This program is very well suited to Notre Dame’s mission and its strengths. We can offer the depth of talent and the seriousness of purpose to make this program a success.”

Titled “Religion in American Public Life,” the program is designed to elevate the level of public discourse on the role of religion in American democracy through scholarly activities and outreach programs, according to Zuckert. It will be implemented in 2006.

Of a pool of 36 applicants, Notre Dame was one of seven institutions awarded a challenge grant from the NEH.

Created in 1965, the NEH is an independent federal agency funding projects that promote excellence in the humanities and convey lessons of history to all Americans.

Originally published by Susan Guibert at newsinfo.nd.edu on October 03, 2005.