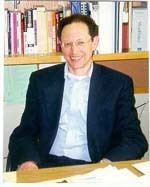 The Bush administration’s massive allocation of funds to financial institutions has had negligible effects on the country’s economic crisis, and its attention seems now more focused on the plight of ordinary homeowners afflicted by alarmingly high rates of foreclosure. Federal Reserve Chairman Ben S. Bernanke has begun to insist that the government move more aggressively in this regard.

Martin Wolfson, associate professor of economics at the University of Notre Dame, has been arguing for such steps since the beginning of the crisis.

“We’ve put all kinds of money and attention into bailing out financial institutions,” said Wolfson, a former economist for the Federal Reserve and a scholarly specialist in economic crises. “We need to put equal attention into addressing the needs of ordinary people who are struggling. At the base of all these toxic assets are homeowners who can’t pay their mortgages. We need a program that keeps people in their homes. It does us no good to throw people into the streets. It destroys their lives and communities.”

Wolfson, a member of the Notre Dame faculty since 1989 and author of “Financial Crises: Understanding the Postwar U.S. Experience,” is heartened by what he sees as a shift in public attitudes about the role of government in economic matters.

“We also need a serious program to put people to work,” he said, “and we need national health insurance. People often lose their homes because they lose their jobs, or they have a medical emergency they can’t pay for.”

Originally published by Michael O. Garvey at newsinfo.nd.edu on December 09, 2008.