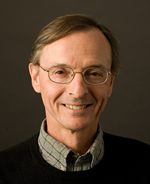 The Israeli government’s recently announced decision to make the Dead Sea Scrolls universally available on the Internet has been happily received by James C. VanderKam, Notre Dame’s John A. O’Brien Professor of Theology and a member of the Dead Sea Scrolls editorial committee.

On Wednesday, the Israel Antiquities Authority (IAA) announced its intention to digitally scan all of the scroll fragments with imaging technology which is likely to decipher previously illegible lines and letters of the ancient documents. Since their 1947 discovery in caves near the Dead Sea, the scrolls have been jealously guarded from all but a very few scholars.

“I wholeheartedly endorse this project,” VanderKam said. “I think it is interesting to compare the desire of the IAA to promote access to these fragmentarily preserved texts with the situation 15 to 18 years ago when access was a hotly debated point. At that time, the IAA was not a great advocate of open access. Times have changed! Great photographs of the scrolls and scrolls fragments have been available for years, but it seems as if these might be even better ones and more readily accessible.”

The scrolls, written in Hebrew, Aramaic and Greek on parchment and some papyrus, are the oldest known text of nearly the entire Old Testament as well as writings by adherents to a religious sect contemporary with Jesus.

A member of the Notre Dame faculty since 1991, VanderKam is an editor of the definitive, 1,024-page “Encyclopedia of the Dead Sea Scrolls.” His research for the last 15 years has focused on the scrolls and related literature, and he is a member of the editorial committee that is preparing the editions of the remaining unpublished scrolls. His book, “The Dead Sea Scrolls Today,” has been translated into six languages.

Originally published by Michael O. Garvey at newsinfo.nd.edu on August 29, 2008.