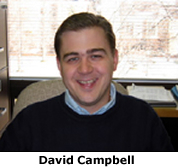 It may appear that a pro-life strategy is taking hold among Democrats. But University of Notre Dame political scientist David Campbell says not so fast.

“I would hesitate to call the rise of the pro-life Democrat a trend, especially since Casey’s situation is quite unusual, and it is hard to generalize from the other examples,” Campbell said. “Casey’s name recognition (his father, the late Robert Casey, was a popular governor) is almost as high as a Kennedy in Massachusetts, while the other examples are drops in a large bucket.”

Campbell added: “While this is not widely reported, Democratic party activists are far more pro-choice than Republican activists are pro-life, which suggests that the prospects for a pro-life Democratic candidate at, say, the presidential level are slim.”

That said, however, Campbell pointed out that leading Democratic presidential candidate Sen. Hilary Clinton has been “talking about the need for Democrats to take a more moderate position – looking for ways to reduce the need for abortion.”

Contact: David Campbell’s comments may be used in whole or in part, and he can be reached for further election analysis at 574-631-7809 or Dave_Campbell@nd.eduCampbell@nd.edu
_

Originally published by Dennis Brown at newsinfo.nd.edu on October 24, 2006.