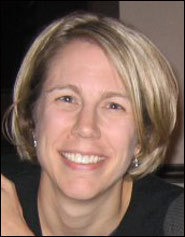 But, Wolbrecht cautions, the strategy could backfire.

“It’s not clear from any of the evidence that women voters vote overwhelmingly just for the woman candidate,” she said. “Partisanship and policy positions are much more important in determining how someone votes, than whether or not they share the same gender with the candidate. I think the McCain campaign risks looking like they believe this is what they had to do to appeal to women voters and, in a sense, insulting former Clinton voters by simply saying, `We have a woman and therefore you can just bring your loyalties over here.’”

Author of the award-winning book “The Politics of Women’s Rights: Parties, Positions, and Change,” Wolbrecht says women candidates are scrutinized differently than their male counterparts.

A video of Wolbrecht’s thoughts on McCain and Palin is available at http://www.youtube.com/watch?v=HmcCqyuvCRY

Wolbrecht, an associate professor of political science and former director of the University’s Program in American Democracy, has been a member of the Notre Dame faculty since 1997. She also is co-author of a study published in 2006 in the Journal of Politics that shows the more women politicians are made visible in national news coverage, the more likely young women are to become politically active.

Currently, Wolbrecht is engaged in a collaborative project that uses ecological inference techniques to examine women’s voting behavior and its impact on the American political system in the period immediately following the granting of women’s suffrage in 1920.

Media Advisory: Wolbrecht’s comments may be used in whole or in part. She is available for interviews at 574-631-3836 or wolbrecht.1@nd.edu