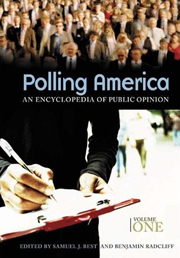 People who live in countries with more expansive welfare programs are more satisfied with their lives than those who do not, according to University of Notre Dame political scientist Benjamin Radcliff, who studies how political, economic and social factors affect quality of life.

The same pattern, he says, applies to geographical differences within the United States: people are happier in states with the most liberal public policies.

“Critically, `big government’ promotes happiness, not merely for those toward the bottom or middle of the income distribution, but for everyone – rich and poor,” Radcliff says.

Scholars have developed the intellectual infrastructure necessary to measure life satisfaction in large, representative samples and thus to test hypotheses about the real world conditions that promote greater levels of well-being. Therefore, Radcliff explained, happiness can be studied with the same precision as the study of public opinion or voting behavior.

“We know that liberal policies are more conducive to a satisfying life with the same certainty – and using the same research methods – that allow us to know what causes people to vote,” Radcliff said.

“The same pattern that emerges cross-nationally is also seen across the US: Americans who live in states with higher welfare spending, more liberal state governments, more regulation of business, and a greater recent history of control by the Democratic party are more satisfied with their lives, regardless of income, age or maritalstatus,” Radcliff.

The reasons liberalism promotes happiness are complex, according to Radcliff.

“But the more we supplement the cold efficiency of the free market system with interventions that reduce poverty, insecurity and inequality, the more we improve the quality of life,” he said. “A world with less inequality and less poverty, which is to say, a world governed more by justice and mercy, is one that people of all social classes will find more satisfying.”

Contact: Benjamin Radcliff, professor of political science and co-editor of “Polling America: An Encyclopedia of Public Opinion,” can be reached at radcliff.1@nd.edu or 574-631-9017.

Originally published by Susan Guibert at newsinfo.nd.edu on August 24, 2006.