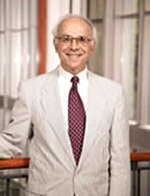 The agreements by Google, Yahoo and other Internet companies to bow to Chinese censorship demands create a tradeoff problem, according to Robert Audi, the Gallo Professor of Business Ethics at the University of Notre Dame.

“American companies should not strengthen regimes that suppress freedom and violate other human rights, but they also should try to increase knowledge and spread information,” he said.“Increasing people’s information tends to enhance their freedom and prosperity in the long run. But the cost in censorship – which can do great harm – may be too great.”

The House will conduct hearings on the matter Wednesday (Feb. 15), and legislation has been drafted that would force the companies to move their servers to offshore locations and out of the control of the Chinese government.

Audi said there are many questions that remain to be answered before definitive observations can be made.

“I cannot assess the policy issue without more facts about what Google is agreeing to do,” he said. "One needs to know just what is to be censored and what effects the censorship might have.It is one thing to censor formulas for easy bomb construction; it is another to censor editorials from major newspapers.

“Another question is what the Chinese government would be able to access to enforce any censorship a company accepts.It is important to prevent their pursuing innocent people or suppressing dissent. From this point of view, putting searchable equipment offshore seems a good idea, but it remains unclear to what extent damaging information could be searched out by censors.”

In the end, Audi says, the companies should put ethical considerations ahead of financial gain.

“If the tradeoff is not such as to make it ethical to agree to a certain limited censorship under conditions that protect privacy and other rights, then the prospect of additional profit is not sufficient reason to proceed in the way the Chinese government apparently wishes,” he said.

Originally published by Dennis Brown at newsinfo.nd.edu on February 14, 2006.