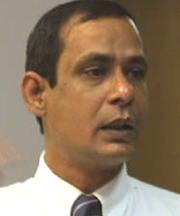 India’s rapidly growing economy has meant a shift in manufacturing jobs from the U.S. to countries such as India, where labor is cheaper, says a Notre Dame economist, who adds that, conversely, higher levels of disposable income for certain segments of the Indian population have led to an increased demand for goods and services provided by U.S.-based multinational corporations.

“Further economic cooperation between the U.S. and India can be potentially gainful to both countries,” says Kali Rath, who specializes in welfare economics, industrial organization and game theory. “Industries in the U.S. can reduce their costs and pass on the gains to the consumers, while in India, more job opportunities can be created. The U.S. can reallocate its resources to the ‘sunrise’ industries – those using new technology – where it has a comparative advantage.”

With a young population, India’s economy, which is now the second fastest-growing in the world, will continue to expand, unlike some other countries that are facing an aging population. Its economic advantages lie in the availability of cheap raw materials and vast pool of skilled and semi-skilled labor.

“A large segment of the Indian population is familiar with English, which also has contributed to its economic growth,” Rath said. “These advantages have resulted in India’s ability to provide information technology services, research and development collaborations, and some manufacturing facilities.”

The U.S. is India’s largest trading partner, an alignment that provides botheconomic and strategic benefits with leverage against China and Pakistan, both nuclear powers. President Bush’s recent, historic agreement with India Prime Minister Manmohan Singh not only will open India’s civilian nuclear program to international inspection, but also will allow U.S. firms to invest in India’s nuclear program.

Contact: Professor Kali Rath is available for interviews and can be reached at 574-631-7590 or Kali.P.Rath.1@nd.edu . The preceding comme_nts are for use in whole or part.
_

Originally published by Susan Guibert at newsinfo.nd.edu on March 06, 2006.