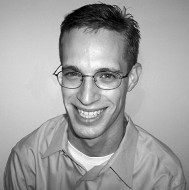 The erosion of “blue laws” – bans on opening stores on Sundays – points to an increase in drinking and drug use among young Americans, according to a study co-authored by Dan Hungerman, an economist at the University of Notre Dame, and Jonathon Gruber, an economist at the Massachusetts Institute of Technology.

Titled “The Church vs. the Mall: What Happens When Religion Faces Increased Secular Competition?” the study may be the first look at the impact on churches and young people with the repeal of Sunday retail-closing laws.

“Our findings show that religious attendance and donations fall after blue laws are repealed,” Hungerman said. “Furthermore, the subsequent increase in drinking and drug use is found only among the initially religious individuals. This suggests that religious participation might really have an impact on other choices that people make.”

Using the National Longitudinal Survey of Youth, started in 1979 and repeated in several subsequent years, the authors tracked the habits and behaviors of youths who had been classified as “religious” because of their church attendance, and found that after blue laws are repealed by a state, the following statistics are noted:

Additional consequences include a decrease in church attendance by 5 percent overall and a 13 percent decline in religious contributions. These results indicate that repealing blue laws may have unintended consequences on individual well-being.

“This may not mean we should go back to the days when blue laws were widespread,” Hungerman said. “After all, people are voluntarily choosing to go to church less, no one is forcing them to. It brings up the old issue of how far the government should go to protect people from themselves.”

A member of the Notre Dame faculty since 2005, Hungerman is an assistant professor of economics specializing in public economics and determinants of philanthropic activity. He also is a faculty research fellow at the National Bureau of Economic Research. Hungerman earned his doctoral degree from Duke University.

Contact: Dan Hungerman is available for interviews and can be reached at 574-631-4495 or dhungerm@nd.edu .

Originally published by Susan Guibert at newsinfo.nd.edu on September 21, 2006.