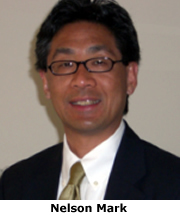 The global power shift caused by the rapidly growing economies of China, India and other Asian nations can benefit Americans, according to University of Notre Dame economist Nelson Mark.

“As we see broader participation of emerging economies in international trade and finance, we might expect a slowing down of the loss of U.S. manufacturing jobs to foreign countries,” said Mark, who specializes in international asset pricing and exchange rate economics.

“In terms of future job creation in the manufacturing sector, the emergence of countries such as Viet Nam may pose a greater threat to China than the U.S. as relatively unfavorable demographic conditions make China a less attractive point for production.”

The growing prominence of emerging economies is a sub-theme at the World Economic Forum in Davos, Switzerland (January 24-28), where world economists are examining this shifting power equation and its implications for other countries.

“We should welcome the growth that is occurring in emerging economies, as their broader participation in the world economy presents opportunities for mutually beneficial trade,” said Mark, Alfred C. DeCrane Jr. Professor of International Economics. “As income grows in these countries, we see that consumers tend to demand many of the same sorts of things that are familiar to Americans, and which U.S. firms tend to have a comparative advantage in supplying.”

Technology goods – Internet access, laptop computers, cell phones and iPods – as well as improved transportation are the types of products for which there will be a growing demand. Mark also notes that upscale shopping malls are becomingincreasingly common in these newly-flourishing economies.

“U.S. companies certainly stand to benefit from these trends,” Mark said. “China has become General Motors’ second largest market for its cars, while Starbucks has targeted China and India as its primary sources for growth, now that the U.S. market for coffee shops has matured.”

Contact: Nelson Mark is available for interviews and can be reached at 574-631-0518 or nmark@nd.edu

Originally published by Susan Guibert at newsinfo.nd.edu on January 26, 2007.