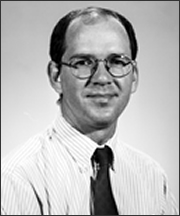 The author of “Strong Parties and Lame Ducks: Presidential Patriarchy and Factionalism in Venezuela,” Coppedge said Robertson’s remark “strengthens Chavez’s hand. He has been claiming for years that the U.S. government is planning to assassinate him or overthrow his government, or even invade his country; this statement gives Chavez’s conspiracy theory a shred of credibility in Venezuela and will help him rally his supporters.”

Coppedge added: “Although it is true that Robertson is a private citizen and is free to speak his mind, the fact that he is a former presidential candidate and a respected leader among President Bush’s evangelical support base gives extra weight to his opinions. This incident will blow over quickly in Washington, but President Chavez will keep it alive for years in Venezuela unless the White House repudiates it in the strongest possible terms immediately. At this point, the only act that could kill this rumor in Venezuela would be a public promise by President Bush himself that the United States will never attempt to assassinate President Chavez.”

Contact: Michael Coppedge, associate professor of political science, can be reached for additional comments at 574-631-7036 or coppedge.1@nd.edu

Originally published by Dennis Brown at newsinfo.nd.edu on August 24, 2005.