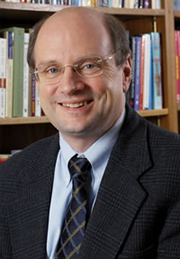 When the film version of best-selling author Dan Brown’s “The DaVinci Code” opens in theaters this Friday (May 19), audiences will likely flock to local multiplexes to escape into the action-adventure world of one of this year’s first summer blockbusters.

But if it’s thrills they’re after, a University of Notre Dame historian says they need look no further than the pages of the Bible, into the chronicles of Christianity… no fictionalization required.

“Christian history, believe it or not, is even more exciting – dramatic, bloody, complex, mysterious, inexplicable – than Dan Brown’s entertaining fantasy,” says R. Scott Appleby, director of Notre Dame’s Kroc Institute for International Peace Studies. “And it has been meticulously and faithfully detailed by hundreds of talented and well-trained historians, many of whom marvel from the religious sidelines at what people will do for their faith.”

Appleby, a scholar who specializes in religious fundamentalism, adds, “These non-fiction authors have not needed to embellish, distort, conflate, exaggerate or market their tales.”

Of the controversy surrounding the purported revelations about Catholicism in “The DaVinci Code” – specifically the supposed suppression of the “sacred feminine” by the Church – Appleby predicts enlightened movie-goers will be underwhelmed as the plot unfolds.

“If that’s the big secret revealed in ‘The DaVinci Code,’ it will excite a yawn from millions of Catholic mothers, sisters, nuns and daughters, whose ‘sacred feminine’ is on daily display in homes, parochial schools, universities boardrooms of Catholic hospitals and charities – and even in lay ministries inside the Church,” he said. “This everyday, extraordinary holiness and quietly heroic service of Catholic women is the big secret.”

The movie is expected to top the box office upon its release, but Appleby believes the film studio won’t be the only winner. He also foresees a public relations boon for Opus Dei, the conservative Catholic organization portrayed in “The DaVinci Code.” However, he believes the film will be a mixed blessing of sorts for the group.

“Opus Dei, like many sectarian or innovative religious movements that enjoy a whiff of success, has become a growing international concern with a corporate headquarters, a mailing address, a legal office and a publicist,” he says. “The PR office is happily working overtime this season to field all the calls for interviews and TV time. Good for recruiting, funding, institution-building. Not so good for preserving the psychological dynamic of a ‘secret society,’ whose allure once lay precisely in its countercultural subversiveness. It’s difficult to remain mysterious when you’re on the cover of Time.”

Appleby previously served as director of Notre Dame’s Cushwa Center for the Study of American Catholicism.

Originally published by Julie Hail Flory at newsinfo.nd.edu on May 15, 2006.