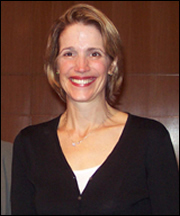 The withdrawal of more than 3 million Teamsters and service employees from the AFL-CIO – along with some $20 million in dues – will not fundamentally change labor economics, according to Teresa Ghilarducci, professor of economics and policy studies at the University of Notre Dame.

“The split in the AFL-CIO has not rewritten the laws of labor economics,” says Ghilarducci, who also directs Notre Dame’s Higgins Labor Research Center. “Workers will still join unions and those unions will still act as a collective voice at work and in politics.”

Though AFL-CIO leaders recently passed a resolution to increase union organizing and political action, labor officials still fear other unions will follow the lead of the Teamsters and service employees. Even so, according to Ghilarducci, the basic role and function of unions will remain unchanged.

“The unions, no matter what their hierarchical structure, will still have to cooperate with each other.”

Historically, several major unions have split, only to subsequently reunify.

Contact: Teresa Ghilarducci is available for interviews at 574 631-7581 or ghilarducci.1@nd.edu .

Originally published by Susan Guibert at newsinfo.nd.edu on July 27, 2005.