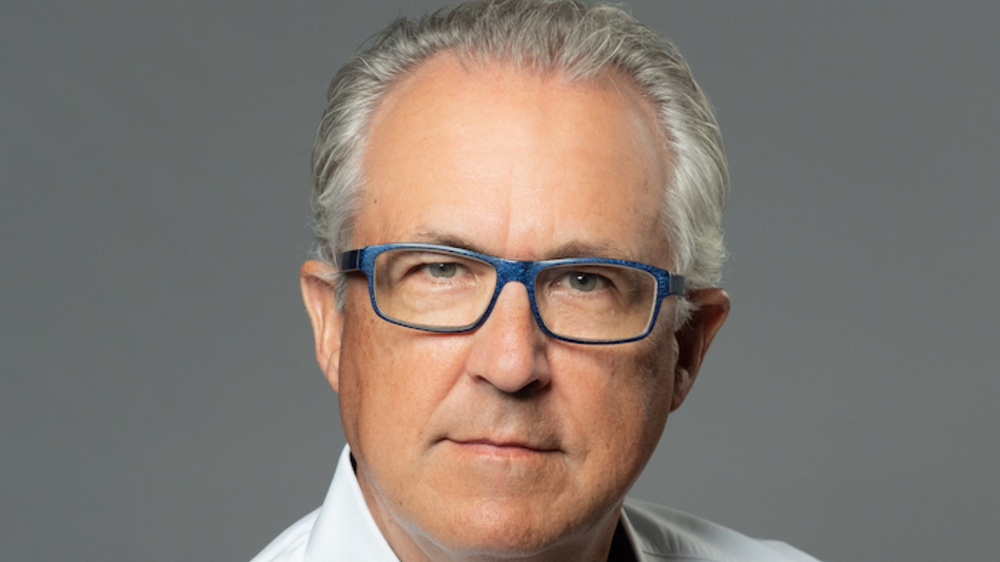 For 35 years he’d devoted himself to his career in technology sales, first in Chicago, then in Milwaukee. He viewed sales as a profession on par with medicine, law, and accounting, except for not having M.D., J.D., or CPA after his name. He knew how to read customers, understood their buying behavior and dedicated his life to making customers the stars in their stories, not his.

And then it was over.

“I lost my job in 2016 when the company I was with let their entire business development team go. I was over 60; not a good age to lose one’s job,” said Wallace, who graduated from Notre Dame in 1977 with a Bachelor of Arts in English.

Not that he was upset about leaving. “But I had to decide what next," said Wallace, who was not prepared to retire.

Just as startups pivot when they reach a dead end, Wallace pivoted his career. Today, he is the founder of Bay Ridge Consulting Group, an independent consultant with Corporate Visions and Culture Partners, and co-author of the business book, Brilliant Breakthroughs for the Small Business Owner.

“Sometimes I have to pinch myself,” Wallace said. “Sometimes it seems like luck, but it was a lot of work to get here.”

Wallace’s founder journey began in the beautiful town of Oxford, Ohio, where his father was an English professor at Miami University and his mother was a French professor and later director of the alumni association of Western College for Women. “My parents taught me to understand the value of reading and writing analytically. Our dinner conversations centered on philosophy and literature. I definitely learned the skills of listening and communicating.”

“I was on a campus visit and went to a game. It was cold, rainy, and windy. The experience was so different from the other schools I visited I decided Notre Dame was where I wanted to go.”

Despite the family connection to Miami of Ohio, Wallace didn't consider attending.

After checking out Notre Dame, he didn't consider anywhere else. “I was on a campus visit and went to a game. It was cold, rainy, and windy,” he recalled. “The experience was so different from the other schools I visited I decided Notre Dame was where I wanted to go.”

His mother encouraged him to have a back-up plan. "Fortunately, I got in,” he said.

At Notre Dame, Wallace honed his competitive skills playing intramural sports. While he didn’t realize it at the time, he also developed the life skills of prayer, patience and perseverance.

After graduation, he moved to New York City to work in sales with famed retailer Abraham & Strauss. Within a year, he was back in the Midwest, first in Chicago and then in Milwaukee, embarking on his corporate career in sales and business development for technology companies that included General Electronics, North Shore Computers, Allied Computer Group, and Maryville Technologies.

“Sales is hard work, and contrary to popular belief, it is a profession,” he said. “The most successful salespeople are good businesspeople who have an ‘outside in’ mentality in that they look at things from the customer’s perspective. They solve customer problems rather than sell products or services.”

By 2016, Wallace was a consummate sales and business development professional. He was an attentive listener and customer problem-solver. He paid attention to detail. He understood the science of decision-making and the predictable ways that buying decisions are made.

But he did not predict an abrupt end to his corporate America sales gig.

“If you believe you have something that will benefit others, go for it."

“I didn’t know if I should look for another corporate sales job or hang out my own shingle,” he said. “To buy myself some time, I started Bay Ridge Consulting Group in Milwaukee the day I was released by my employer.”

A well-intentioned friend told him he wouldn’t make any money that first year in business. Wallace didn’t. But with prayer, patience, and perseverance, he kept at it. “If you believe you have something that will benefit others, go for it," he said. "So I did.”

It took Wallace 18 months to find his consulting niche.

Large corporations can afford to pay large amounts of money to consultants...Small businesses don’t have that luxury," he said. "My focus is helping small businesses get their arms around the sales side of their organization. At times, it’s as basic as helping them define their ideal customers and knowing when to walk away from people and companies that will never buy from you.”

An important lesson for those new to sales, said Wallace, is that customers care about themselves. "You’ve got to make them the hero every day and with every sale.”

Successful salespeople also have to work smart. A difficult challenge Wallace faced as a solopreneur was understanding the value of his time. During his corporate career, he thought nothing about jumping on a plane, doing a pitch, and flying back.

“The trip could span two days with travel, but that was the way of the world in IT sales,” he said. “When you’re heading your own consultancy, you can’t do that because if you’re not working, you’re not making any money. I didn’t appreciate the value of my time until my business coach told me to stop giving away my expertise.”

One of Wallace’s proven business-building tactics during his tech days was personal networking. And after starting Bay Ridge Consulting Group, he joined a small business networking group. Its founder, Maggie Mongan asked if he wanted to co-author a book that she was developing called Brilliant Breakthroughs for the Small Business Owner.

“Maggie had a vision of making her book a No. 1 bestseller on Amazon," Wallace said. "She was assembling a group of successful businesspeople to contribute content and thought with my background in sales that I was a good fit. I thought it was a cool challenge and I like to write, so I accepted her offer."

There’s more to creating a best-selling book on Amazon than writing. Co-authors had to contribute a number of reviews prior to the book being published so when it launched it already had high ratings.

“When we published, we had 24 five-star reviews and one four-star review. That one was from my Notre Dame roommate!"

“That book was an oversized business card. Being a co-author of a best-selling business book gave me street cred as a consultant and opened some doors for me.”

The book was released at midnight Nov. 8, 2017, and by 6 p.m. it was a bestseller and rated No. 1 in entrepreneurship and small business. "That was my 15 minutes of fame,” he said.

Wallace considers the book to be of average caliber. While he hasn't become rich like Tom Clancy — his first royalty check was $11.50 — the return on his time investment was invaluable.

“That book was an oversized business card," he said. "Being a co-author of a best-selling business book gave me street cred as a consultant and opened some doors for me.”

One door that opened was at Corporate Visions, a leading provider of science-backed revenue growth services for business-to-business sales, marketing, and customer success. After an arduous vetting process, he was invited to join as an independent consultant. Like the book, the new relationship helped fuel his consultancy.

“What’s great is they do the selling and I deliver the product through speaking engagements, workshops, and consulting," he said. "It’s fun and rewarding. I am working harder than ever before and enjoying it so much more."

Another bonus has been rediscovering the joy of being back in the classroom. He began as a guest lecturer at Marquette University, then the University of Wisconsin, and finally at Notre Dame, which he called his "happy place.”

Since 2018, Bob Essig, his friend and associate teaching professor, has invited him to lead workshops and mentor undergraduate and graduate students at the Mendoza College of Business. “Notre Dame kids are amazing. They are so smart — and they ask a lot of questions," he said "Any way I can give back to Notre Dame, I’ll do it”

Wallace has advice for folks at a crossroads in their careers and are unsure whether to seek another corporate job or strike out on their own.

"You have to figure out what it is you have to offer and why someone will want to do business with you. How can you make a difference in their businesses? Don’t think they’ll hire you because you’re nice or smart or went to the same college," he said. "What they care about is whether or not they can derive value from working with you. If they believe they can, you’re in. If not, they will move on.”

Originally published by Melanie Lux at ideacenter.nd.edu on July 13, 2022.