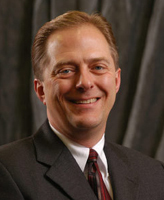 Americans now can count extreme weather conditions among the varied reasons gas prices have shot to well over $4 per gallon.

But serious storms in the South shut down three major Texas refineries, and a late-April blizzard in North Dakota shut down another.

“In the past, the transition from winter blend to summer blend gasoline has accounted for an increase in average national gasoline prices of $.30 to $.70 per gallon,” says Thomas Gresik, a professor in Notre Dame’s Department of Economics. Gresik specializes in international trade, gas prices, and tax policies.

“In typical years, gasoline prices begin to fall in early to mid-June, but given the weather problems, it will take refineries longer to complete this seasonal transition,” he says.

When bad weather shuts down a refinery, supply is temporarily reduced, forcing suppliers to look elsewhere, according to Gresik.

“With a reduction in supply, customers must compete for gasoline from the operating refineries, which increases the market price,” he says.