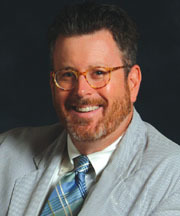 President-elect Obama’s newly appointed team of foreign policy advisors will be immediately faced with several international issues requiring their attention, but their approaches to dealing with these crises will differ.

“They are a team of rivals in the sense that you’ve got the secretary of defense Bob Gates, who is a hold-over from the previous administration, and then you’ve got his national security advisor, retired marine general Jim Jones, who is very close to Gen. (Brent) Scowcroft on the one side,” says University of Notre Dame political scientist Michael Desch, who specializes in foreign affairs, defense policy and international security.

“Then on the other side you’ve got Hilary Clinton as the secretary of state, so you really have pretty much the entire spectrum of the foreign policy establishment range of opinion there. I think, in fact, that there are going to be a lot of tensions, particularly over issues like Israel-Palestine.”

According to Desch, this broad range of advice and opinion on policy matters could be beneficial, “especially compared to the last eight years where it was more singing to the choir than anything else.”

Media Advisory: Desch’s comments may be used in whole or in part. He can be reached for interviews at 574-631-2792 mdesch@nd.edu

Originally published by Susan Guibert at newsinfo.nd.edu on January 15, 2009.