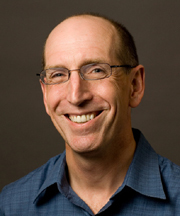 All of us have a stake in the struggle of the Native American Arapaho people to revive and preserve their language, according to John Duffy, associate professor of English at the University of Notre Dame and Francis O’Malley Director of the University Writing Program.

The New York Times reported Oct. 17 on the Wyoming Northern Arapaho tribe’s establishment of a small language school to support the survival of its native tongue. Of the 8,791 members of the tribe, only some 200 are fluent in the Arapaho language and none is younger than 55 years old.

“The Arapaho are trying to recover from a grievous historical insult that has resulted in the decimation of their culture and the near extinction of their language,” Duffy said.

Duffy is the author of “Writing from These Roots,” a book which examines the development of literacy in a midwestern American community of Laotian Hmong people who came to the United States as refugees from the Vietnamese War. He believes that the experiences of the Hmong and of the Northern Arapaho are in many ways alike.

“This is an all-too-common situation for minority peoples in the Americas and overseas,” Duffy said. "The Hmong people, of whom I have written, had similar experiences in the schools of the majority Laotian peoples. Like Arapaho children in reservation schools, Hmong schoolchildren were in some cases physically punished for speaking Hmong in the classrooms, and they were forbidden by the state to speak their language in class. Issues of language are always intertwined with issues of power.

“For the Arapaho, the consequences of saving their language are clear,” Duffy said. "However, I think that the issue of learning a non-English language goes beyond the Arapaho people.

“The United States is a famously monolingual nation, indifferent or even hostile to bilingualism in any form,” he said. "Although we have always had bi- or even tri-lingual communities in the U.S.—Spanish, Chinese, German—our educational policies have historically undermined these communities by insisting on English at the expense of other languages. As a result, we have raised generations of children who have been deprived of the linguistic, cultural and economic advantages of knowing a second or third language.

“I believe this has limited us just as much as our well documented deficits in science and math have limited us,” Duffy said. “Multilingualism is a benefit that we seem never to have understood or embraced.”

According to Duffy, “we could learn from the Arapaho. In seeking to preserve their linguistic heritage, the Arapaho offer an alternative model for learning and valuing non-English languages—a model that sees bilingualism as a strength, not a deficit, and as a means to a richer experience of living. In teaching their language to their children, Arapaho tribal elders may be teaching us all.”

A member of the Notre Dame faculty since 1998, Duffy teaches courses on literacy, rhetoric and literature.

Originally published by Michael O. Garvey at newsinfo.nd.edu on October 17, 2008.