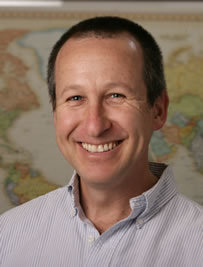 The narrow victory by Israeli foreign minister Tzipi Livni to replace Prime Minister Ehud Olmert as the head of the governing Kadima Party is a landmark event for three important reasons, according to Asher Kaufman, a historian at the University of Notre Dame who specializes in Israeli policy in the Middle East.

“First, the process that began in the summer 2006 war between Israel and Hezbollah, and that continued with police investigations over alleged corruption cases of Olmert, will be concluded, and Olmert will resign from office,” he said.

“Second, among all the contenders to the prime minister position, Livni stands out not only as the first woman candidate since Golda Meir, but also – and not less importantly – as a civilian with little security background. She also stands out in her reserved and unpretentious public appearance in a political culture that is not known for appreciating these qualities.

“And finally, Livni represents the transformation that has taken place since 2000 within mainstream Jewish Israeli society, where large sections of the society have moved to the center, accepting, at least in theory, a peace deal that endorses an Israeli withdrawal from most of the occupied territories and the establishment of a Palestinian state in these evacuated territories.”

Kaufman added that Livni “faces many challenges. She needs to stabilize the existing and shaky coalition or go for general elections, which might bring to power Likud, headed by Benjamin Netanyahu. Both scenarios could lead to the termination of the very shaky peace negotiations with the Palestinian Authority with which Livni has been engaged as the foreign minister for the last few months.”

Media advisory: Kaufman’s comments may be used in whole or in part. He can be reached for further comment at 574-631-8213 or kaufman.15@nd.edu

Originally published by Dennis Brown at newsinfo.nd.edu on September 18, 2008.