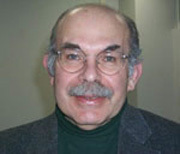 In past periods of great political turmoil in this country, widely admired leaders – think of Theodore Roosevelt and Woodrow Wilson in the Progressive era and Franklin Roosevelt in the New Deal era – created broad support for new initiatives. The ideal model of leadership was widely shared within the American political culture.

“Today, however, the very idea of what constitutes appropriate qualifications for leadership is contested across various divides,” says University of Notre Dame political scientist Peri Arnold, who specializes in the American presidency.

“There is difficulty envisioning a political leader who could draw strong support and manifest authority across the multiple divides of our society,” Arnold says.

“Just listen to the shouts back and forth across the huge divide between those Americans who think of Sarah Palin as an inspiration and those who think she’s a terrifying joke,” Arnold says.

“Also, recent polls suggest there is a minority of Americans who seem unable to envision a leader who is not white.”

But, Arnold points out, “We should not overlook evidence that it is as much or more the qualities of skill and leadership style that have produced effective presidents than it has been a particular kind of pre-presidential experience.”

Media advisory: Professor Arnold’s comments may be used in whole or in part. He can be reached for interviews at 574-631-7430 or Arnold.1@nd.edu .

Originally published by Susan Guibert at newsinfo.nd.edu on October 03, 2008.