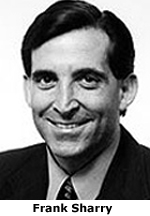 Frank Sharry, executive director of the National Immigration Forum, will deliver a lecture titled “Immigration and the Midterm Elections” at 5:30p.m. Nov. 2 (Thursday) in the Annenberg Auditorium of the Snite Museum of Art at the University of Notre Dame. The talk is free and open to the public.

In conjunction with the current Snite exhibition “Caras Vemos, Corazones No Sabemos (Faces Seen, Hearts Unknown): The Human Landscape of Mexican Migration,” the lecture will highlight and offer analysis of pending immigration legislation, and discuss its impact on the upcoming midterm elections.

Sharry is considered a leading spokesperson for pro-immigrant policies. He has been widely quoted, including in The Wall Street Journal, New York Times and Washington Post, and has served as a guest on the NewsHour with Jim Lehrer, The McLaughlin Group and CNN’s Crossfire.

Prior to joining the forum, Sharry served as executive director of Centro Presente, an agency that assists Central American refugees in Boston. He helped found the Massachusetts Immigrant and Refugee Advocacy Coalition and led efforts to resettle refugees from Vietnam, Cuba and elsewhere for a national organization now called Immigration and Refugee Services of America.

Based in Washington, D.C., the forum is one of the nation’s premier immigration policy organizations with more than 250 member groups nationwide. Its mission is to embrace and uphold America’s tradition as a nation of immigrants.The forumadvocates and builds support for public policies that welcome immigrants and refugees and are fair and supportive to newcomers in the United States.

Sponsored by the Center for Social Concerns’ “Economic Justice for All & Democracy Matters Midterm Election Series,” the lecture is co-sponsored by the Snite, Institute for Latino Studies, Department of Political Science, Washington Program and the Program in American Democracy.