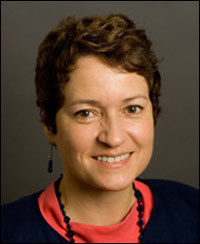 Darcia Narvaez, associate professor of psychology at the University of Notre Dame, has been elected a fellow of the American Psychological Association (APA).

The largest association of psychologists in the world with 148,000 members, the APA recognizes unusual and outstanding contributions or performance in the field. Narvaez was elected to the APA’s experimental division.

Narvaez works to bridge the gaps in approaches to character education and moral psychology. Her Triune Ethics Theory is an integrative account of moral psychology rooted in neurobiology, which has implications for parenting and education. Integrating cognitive science, expertise development and classical notions of virtue cultivation, she developed the Integrative Ethical Education model, published in the 2006 Handbook of Moral Development, and has a 2008 Spencer Foundation grant to write a book about the model.

A member of the Notre Dame faculty since 2000, Narvaez also directs the Center for Ethical Education ( http://cee.nd.edu ). She has co-authored or co-edited five books, including the award-winning “Postconventional Moral Thinking;” “Moral Development, Self and Identity;” and most recently the “Handbook of Moral and Character Education.” In 2006, she co-authored the first chapter on character education for the “Handbook of Child Psychology” and has published articles in the Journal of Educational Psychology and Developmental Psychology.