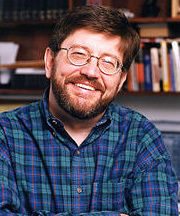 A. James McAdams, William M. Scholl Professor of International Affairs and director of the University of Notre Dame’s Nanovic Institute for European Studies, will appear in a documentary television program, “Megastructures: The Berlin Wall,” which will air at 8p.m. and 11p.m. EST on Tuesday (March 14) on the National Geographic Channel. The program will be rebroadcast March 19 at 3p.m. and March 21 at 4p.m.

The program, one in a series on remarkable human monuments, concerns the 11-foot-tall concrete slab that divided Berlin for four generations and became the most visible reality and symbol of the Cold War before it was breached and dismantled in 1989. McAdams, who lived and traveled in East Germany during the 1980s, provides scholarly perspective throughout the program on the history of the wall preceding its construction and its significance for the daily life of East Germans afterwards.

A member of the Notre Dame faculty since 1992, McAdams teaches and writes extensively on comparative and international politics, political history, and law and technology. He also is the author of several books, including “Judging the Past in Unified Germany,” “Germany Divided” and “East Germany and Dtente.” He is at work on a comparative study of Internet surveillance in Germany, Great Britain and the United States.

Originally published by Michael O. Garvey at newsinfo.nd.edu on March 09, 2006.