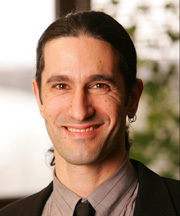 It’s been nearly 150 years since Charles Darwin’s “Origin of Species” was introduced, and we humans continue to grapple with issues about what it means to be, well, one of us.

University of Notre Dame anthropologist Agustin Fuentes, who specializes in biological anthropology, primatology and evolution of social organization and behavior—among other areas—examines human evolution from several perspectives. He recently has published two books: “Evolution of Human Behavior,” which examines how and why humans evolved behaviorally, and “Health, Risk and Adversity,” which provides a unique perspective—a comparative approach to the analysis of health disparities and human adaptability—and specifically focuses on the pathways that lead to unequal health outcomes.

Among the complexities of human behavior are several broad misconceptions that continue to dominate discourse about human nature. The big ones: Race, sex and aggression. So what are the myths and what are the realities? Fuentes sheds his anthropological and biological light on some of the most common misconceptions of our innate humanness.

Myth: Humans are divided into races that differ in some biological and behavioral patterns.
Fuentes: “There is no separate gene for black or white. Our concept of race is not biological, it is social. While there is only one biological race in humans (Homo sapiens) it still matters whether you are black or white in the U.S. Differences between ‘races’ in this country are the outcomes of social, historical, economic, and experiential contexts, not biological entities . . . so what do we do about it?”

Sex, gender, and monogamy—who does what?

Myth: Humans are more or less monogamous, or more specifically, men want a lot of sex and women want a little. Males want many partners, and women search for one mate. As the William James’ poem reads: “Higamous, hogimous women are monogamous . . . Hogimous, higamous men are polygamous.”
Fuentes: “Humans are not biologically monogamous, but we can be socially so. Humans are attracted to many individuals throughout their lifetime, with whom they may or may not have sex. As a species, humans have lots of sex. . . . sometimes leading to some very big problems.”

Relationships and sex—does anyone live happily ever after?

Myth: If we search long enough or try hard enough, we fall in love with that one special person and live happily ever after.
Fuentes: “There is no guarantee that any of us will have a single lasting bond that is social, sexual and successful with another person. However, humans can and do form amazingly powerful pair-bonds that are both biological and social. These bonds can be long or short, involve sex or not, and be heterosexual or homosexual. So, is there ever a Mr./Ms. right?”

Aggression and violence—can’t we all just get along?

Myth: Humans, especially testosterone-laden males, are aggressive by nature.
Fuentes: “There is no ‘beast within.’ Humans are neither naturally aggressive nor naturally peaceful, but we are really good at working things out. Humans are the most successful large animal on this planet . . . but we have few, if any, ‘natural’ defenses (no horns, claws, fangs, etc . . .). All we have are big brains and other people. It is our history of working together that got us to where we are (6+ billion strong in 2008). But more people means more conflict . . . can we continue to work things out?”

Morality and ethics—is there a natural state of right and wrong?

Myth: There is a natural law of right and wrong for humans, and we know what it is.
Fuentes: “There is no consistent pattern of morality across human societies or human history. There is no hard-wiring in the human brain that tells us how to be a ‘moral’ person . . . but our biology and our society work together to produce a species capable of amazing compassion and judgment. Just because we are _capable_of it does not necessarily mean we’ll use it.”

Originally published by Susan Guibert at newsinfo.nd.edu on December 23, 2008.