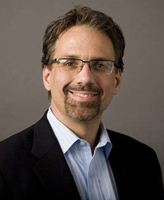 Daniel J. Myers, associate dean for the social sciences and research in the University of Notre Dame’s College of Arts and Letters, has been appointed vice president and associate provost for faculty affairs at the University, effective July 1.

In his new role, Myers will oversee the Provost’s Office’s involvement in the faculty recruitment and hiring process, the Provost’s Advisory Committee, tenure and promotions procedures, orientation and mentoring programs for faculty, academic space, and the University’s reaccreditation process, among other items.

“Dan Myers is a distinguished academic leader, an accomplished administrator, and a highly respected scholar and teacher,” said Thomas G. Burish, Notre Dame’s provost. “He has a keen appreciation for the opportunities and challenges facing our faculty and our university, high standards for excellence, and is skilled at assuring that the University’s Catholic mission is a vital component of all we do.”

A member of the Notre Dame faculty since 1998, Myers is a professor of sociology who specializes in collective behavior and social movements, including racial rioting in the 1960s and 70s, media coverage of protests, mathematical models of collective action, and game theory. He is the author of seven books and numerous articles in scholarly journals and is a frequent invited presenter at conferences for organizations such as the American Sociological Association.

Myers is a faculty fellow in Notre Dame’s Kroc Institute for International Peace Studies, for which he formerly served as director of research and faculty development. He also was founding director of the University’s Center for the Study of Social Movements and is affiliated with the Gender Studies Program.

Among his awards, Myers has received the Rev. Charles E. Sheedy, C.S.C. Award for Excellence in Teaching from the College of Arts and Letters, the Kaneb Teaching Award for Excellence in Undergraduate Teaching, and was co-recipient of the Best Published Article Award from the American Sociological Association for a paper titled “All the Rioting That’s Fit to Print: Selection Effects in National Newspaper Coverage of Civil Disorders, 1968-1969,” which appeared in the American Sociological Review.

Myers earned his doctorate and a master’s degree in sociology from the University of Wisconsin. He also holds master’s and bachelor’s degrees from The Ohio State University, where he was honored in 2009 as a distinguished alumnus by the Stadium Scholarship Alumni Society.