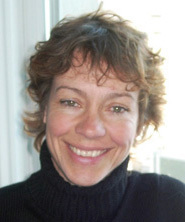 Gitta Lubke, John Cardinal O’Hara, C.S.C., Assistant Professor of Psychology at the University of Notre Dame, has received the 2007 Raymond B. Cattell Award for early career accomplishment from the Society of Multivariate Experimental Psychology (SMEP).

Named for the founder of SMEP and its first president, the Cattell Award annually honors a young researcher who has made outstanding contributions to multivariate experimental psychology while showing promise of continued high quality work. Nominations are solicited and voted on by members of SMEP.

In naming Lubke one the most promising young quantitative psychologists in the field, SMEP noted that she has made important contributions to the literature on measurement invariance of structural models and on the unity of considering distributions of latent variables to be represented as mixtures of smaller distributions rather than single global distribution.

Lubke’s area of research is in the field of latent variable modeling with a focus on structural equation mixture models. Her current research concentrates on the evaluation, the further development and the application of mixture models as it relates to psychiatry and psychiatric genetics. Lubke is interested in using mixture models to investigate whether disorders are best described in terms of qualitatively different subtypes or gradual severity differences. Her other areas of interest include measurement invariance, latent class analysis, cluster analysis, multi-group factor analysis, longitudinal analyses, analysis of categorical data, and genetic statistics.

Originally published by Son Nguyen at newsinfo.nd.edu on November 21, 2007.