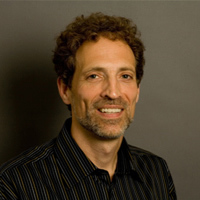 It happens to us all – you walk to the refrigerator, open the door, then stand there, unable to remember why you went to the kitchen in the first place.

You may call it a brain cramp, but in psychological terms, it’s a “failure of active maintenance,” and it could be a key to decoding Attention Deficit Hyperactivity Disorder, or ADHD, according to Brad Gibson, a University of Notre Dame associate professor of psychology whose research looks at the link between memory and the disorder in adolescents.

In recent years Gibson and colleagues have focused their studies on what’s called “working memory” – the kind that allows us to remember things like phone numbers or a story someone has told us – and found a direct correlation between ADHD and a weakness in that function. The researchers started working on therapies to enhance working memory.

“That’s the part of memory that people thought was unique in ADHD,” Gibson explains. “The teacher tells kids to do something and they can’t maintain the instructions that they’re given and then they end up not being able to execute the instructions and they get distracted. A lot of the externalized behavior, the distraction, was thought to arise from a problem with working memory.”

But now the team is starting to reconsider that theory and instead look at the “retrieval component” of memory – that “Why did I go to the refrigerator?” or “What was I going to say?” function that is familiar to so many of us.

Working with middle school students from the nearby Penn-Harris-Madison school district, the researchers have been able to demonstrably strengthen active maintenance in study participants by administering an intervention that consists of a series of memory games played on a computer.

“We have this working memory intervention that is doing something,” Gibson explains. “They have better scores after it than before it, but we haven’t really understood why it was working and we thought it was improving active maintenance.”

With a new focus on the retrieval component, Gibson and his colleagues are starting to consider some new theories.

“What we’re finding is that kids with ADHD tend to retrieve more irrelevant information; so they’re coming up with things, but they’re not really relevant, they’re not the items from the list,” he says. “Right now the challenge is to come up with measures that can accurately assess their weaknesses.”

A new study is starting this semester, and Gibson hopes that this fresh approach will open some promising doors.

“This is an advance in the way that we’re thinking and it has implications for treatment because it still could be that the intervention that we’re using actually improves the retrieval component, which would be directly addressing the weakness,” he says. “It allows us to potentially fine-tune the intervention by having a better idea of what the problem is in the first place.”

Originally published by Julie Hail Flory at newsinfo.nd.edu on February 12, 2009.