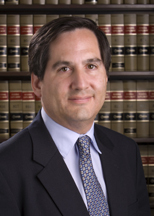 John Trasvia, president and general counsel of the Mexican American Legal Defense and Educational Fund (MALDEF), will open the Institute for Latino Studies’ (ILS) Public Policy Lecture Series with a talk titled “Latino Immigrants in America: Our Past and Our Future” at 4:30p.m. Sept. 5 (Wednesday) in 200 McKenna Hall at the University of Notre Dame.

The series, titled “A Public Policy Agenda and a New Vision for the Future,” will feature world-renowned scholars and policymakers who will discuss the impact of public policy issues on the Latino population and the consequences for American society in general. The lectures are intended to stimulate thought and dialogue on issues of immigration, education, philanthropy, political access, business and economic power.

Trasvia, who will explore the nation’s immigration history and present policy recommendations for the future, is a graduate of Harvard University and Stanford Law School. He began his career at MALDEF as a legislative attorney in 1985 and was appointed to his current position last year. In 1997, President Clinton appointed him special counsel for immigration-related unfair employment practices. In that role, he led the only federal government office devoted solely to immigrant workplace rights and was the highest ranking Latino attorney at the U.S. Department of Justice. He later taught immigration law at Stanford Law School and has testified before Congress in support of extending the Voting Rights Act and against “English only” legislation.

The other speakers in the series are Janet Murgua, president and chief executive officer of the National Council of La Raza; Michael Olivas, director of the Institute of Higher Education Law and Governance at the University of Houston; Kevin R. Johnson, associate dean for academic affairs at the University of California at Davis; and Antonia Hernandez, president and chief executive officer of the California Community Foundation. Details on these lectures will be announced at a later date.

Additional information is available at http://www.nd.edu/~latino , or by calling Yolanda Lizardi Marino, director of academic affairs for the ILS, at 574-631-0940.

The lecture series is cosponsored by the Office of the Vice President for Research, The Graduate School, Kellogg Institute for International Studies, College of Arts and Letters, College of Science, Program in American Democracy, and Hesburgh Program in Public Service.