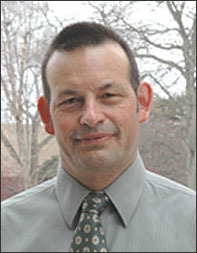 The English novelist and theologian Charles Williams offered what he called a “maxim” for any love affair: “Play and pray; but on the whole do not pray when you are playing and do not play when you are praying. We cannot yet manage such simultaneities.”

It’s difficult not to share this exasperation when trying to think seriously and carefully about something as disorderly and turbulent as whatever it is that goes on between lovers.

O’Connor has been teaching the increasingly popular course, “Ancient Wisdom and Modern Love,” for a dozen years now. Because his consideration of human love attempts to meld philosophical analysis and literary imagination, his lectures require no less preparation from his students than from himself. The course reading list, for instance, includes Shelley’s translation of Plato’s “Symposium” (which O’Connor has edited); Shakespeare’s “A Midsummer Night’s Dream” and “Othello”; the papal encyclical “Humanae Vitae”; selections from Homer, Sappho and William Butler Yeats; and short stories by Andre Dubus. A half-dozen films are assigned as well.

During the fall of 2006 “Ancient Wisdom and Modern Love” was videotaped for inclusion in the online Open Courseware Initiative, in which Notre Dame is a partner, and now it has begun to attract attention far beyond the Notre Dame campus. In, of all places, the September edition of “O: The Oprah Magazine,” O’Connor received notice a movie star might envy for the novelty and depth of his lectures. “David O’Connor rethinks common assumptions about love, sex, and marriage,” the Oprah reviewer wrote, “and convinces his students that philosophy can make us better, more discerning lovers—that we can fall madly in love without going mad.”

In an introductory lecture sandwiched between a viewing of Atom Egoyan’s film “Exotica” and an embarkation into Plato’s “Symposium,” O’Connor reads from Homer’s hymn to the god Dionysus and Sappho’s hymn to Aphrodite to provide a sample of the atmosphere of that ancient drinking party.

“You’ll need to appreciate this atmosphere, because Plato doesn’t shout,” he warns his students. “Read the ‘Symposium’ as if your life depended upon it…which it might. Read Plato as you would read a love letter, as you would listen to the voice of a lover, listening even more for what’s not there than for what is there.”

A concurrent associate professor of classics, O’Connor is at pains to share the nuances often lost in translation of poetry and song from ancient Greek to modern English.

“It can be frustrating,” he says. “You lose so much in the explanation, much as when you have to explain a joke. Once you explain it, it isn’t funny anymore.”

That frustration moves him to blurt a daunting recommendation: “I really wish you’d all just learn Greek,” he tells his startled undergraduate listeners. “You’d all be much happier people, and it doesn’t cost any more to learn Greek than not to learn it.”

Whether or not O’Connor is able to persuade his students to imitate his own mastery of a difficult ancient language, he is undoubtedly exhorting them to an equally challenging ambition.

“I designed ‘Ancient Wisdom and Modern Love’ with two ideas in mind,” O’Connor says. "First, that people of college age are ready to be serious about love, and second, that becoming a good pagan is a fine start on becoming a good Catholic.

“If the course is successful, the students will discover that Plato and Shakespeare and our other authors articulate and elevate desires already obscurely present in their own hearts. I also hope the approach the course takes to movies and contemporary literature sticks with the students, so that they enjoy philosophically complex beauty and have the confidence to seek it out.”

Almost as an afterthought, O’Connor adds what is surely to him the most accurate measurement of his course’s success.

“I want them to be better at being in love, too,” he says.

Originally published by Michael O. Garvey at newsinfo.nd.edu on September 24, 2008.