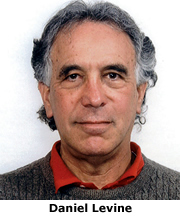 Daniel Levine, a visiting fellow in Notre Dame’s Kellogg Institute for International Studies, will deliver a lecture titled “Futures of Christianity in Latin America” at 12:30p.m. April 10 (Tuesday) in Room C-103 of the Hesburgh Center on campus. The lecture is free and open to the public.

Highly regarded for his studies of Latin America, Levine will speak on the trajectory of Christianity in the region in the context of new trends. He will examine likely and possible changes within Catholicism, the new landscape of religious competition, and the impact these transformations have on politics and civil society. The impact of violence, particularly relevant in Latin American political history, also will be discussed.

The James Orin Murfin Professor of Political Science at the University of Michigan, Devine earned his doctorate from Yale University. He is spending the spring 2007 semester in residence at the Kellogg Institute.

Levine is the author of “Popular Voices in Latin American Catholicism” and “Constructing Culture and Power in Latin America” as well as numerous scholarly articles. His project at the Kellogg Institute explores the long-term implications social and political developments may hold for the relation of religion to the culture and practice of democracy in Latin America.

Originally published by Kyle Chamberlin at newsinfo.nd.edu on April 02, 2007.