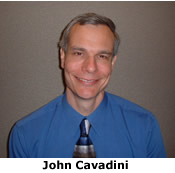 A particularly anemic account which is sometimes given of the miracle of the loaves and the fishes goes like this: Most of the people who had come out to hear Jesus preach that day had packed a hearty lunch but had selfishly concealed it from the others for fear of having to share. As Jesus spoke, the “miracle” then unfolded like an annoying television commercial, with people first grudgingly, and then enthusiastically sharing what they’d brought in their pockets and knapsacks until—Hey, how about that?—there was much more than enough for everybody.

That boring and knee-jerk rationalist exegesis reflects a secular drift in the times, the culture’s unbelief and evident obliviousness to anything invaluable, immeasurable, or unyielding to the force of human will. Some argue that our customary ways of making do can fatally immunize us against what the poet and translator Robert Fitzgerald has called “a just expectation…of moments that seem mysterious gifts from we know not where.”

John Cavadini, chair of Notre Dame’s theology department and director of the Institute for Church Life, wants to revive and to justify that expectation by means of Theology 40215, “Miracles.”

The word “miracle” comes from the Latin “miraculum,” a thing to marvel, or to wonder at. Familiarity and overuse have perhaps depleted the word’s original meaning, as was once delightfully illustrated for a pilgrim by the rough-hewn English of a Palestinian cab driver who identified the Galilean village of Cana as a place “where Jesus made his first surprise.”

Cavadini uses the word carefully, citing a favorite authority. “According to Augustine, a human being is a greater wonder, a greater `miracle’ than any workaccomplished by a human being, no matter how wondrous,” he says. “`Wonders’ or `miracles,’ in the narrower sense, are offered to us by God, not as ends in themselves, but as something like jumper cables, meant to spark a greater sense of wonder at the world and at our own being as God’s work…a sense we are continually leaving behind in the press of everyday business.”

When he speaks of his subject matter, Cavadini does so with an initial scholarly diffidence which befits a complex theological specialty rooted in Biblical and patristic writings, elaborated by Origen, Augustine and Aquinas and replete with the objections, arguments and critiques of Spinoza and Hume. The students enrolled in the course—some 30 in the fall semester class—will read, discuss and consider not only the work of ancient and modern scholars, but also Graham Greene’s novel, “The End of the Affair,” and Nancy Savoca’s 1993 film, “Household Saints.” Theology 40215 is, after all, an academically rigorous course which approaches its subject with philosophical, theological and sociological seriousness and takes into account the skepticism of contemporary controversies about the status of the miraculous.

Nevertheless, Cavadini insists “investigating miracles theologically means investigating the wonder that is at the heart of religious devotion and faith. It meansinvestigating people’s hopes and prayers, some of their most treasured stories, views of suffering and healing, the awesome character of the whole of creation and of human beings, and the relation of this overwhelming sense of wonder to events which are actually signs pointing to the even greater wonders we have become used to ignoring.”

It is, if not miraculous, at least marvelous to hear Cavadini expand on his course syllabus and to glimpse the exhortatory fervor that flashes through the intellectual scaffolding. It is a reminder that a person can speak and a person can hear, that a person can know and can want to know, that a person can bear and be. As a few theology students will learn this fall, such things are astonishing beyond words.

Originally published by Michael O. Garvey at newsinfo.nd.edu on August 25, 2006.