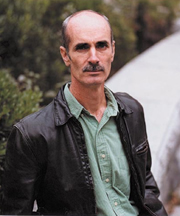 Economic journalist James Lardner will give a lecture on “U.S. Economic Inequality and Why it Matters” at 7p.m. Tuesday (April 11) in Room 127 of the University of Notre Dame’s Hayes-Healy Hall.

Lardner is co-editor with David A. Smith of a new book, “Inequality Matters: The Growing Economic Divide in America and Its Poisonous Consequences.” A collection of 21 essays by a variety of contributors, the book argues that increasing inequality in education, health care, and economic opportunity imperils the health, stability and durability of the nation.

“While the United States remains a spectacularly rich country by any standard,” Lardner said, “we are drifting toward a Third-World-like distribution of our riches. For tens of millions of Americans, the alternative to unemployment has become a dead-end job that doesn’t necessarily pay enough to cover basic living expenses.”

Lardner, a former New Yorker staff writer, is the grandson of the sportswriter and humorist Ring Lardner and son of Ring Lardner, Jr., the screenplay writer who was blacklisted with the “Hollywood Ten” during the Army/McCarthy hearings of the 1950s.

The lecture is sponsored by Notre Dame’s Department of Economics and Policy Studies and the Higgins Labor Research Center.

Originally published by Michael O. Garvey at newsinfo.nd.edu on April 05, 2006.