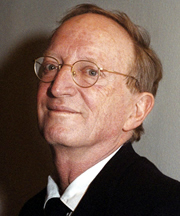 Internationally known Israeli philosopher Avishai Margalit will be the featured speaker at the Kroc Institute for International Peace Studies’ annual John Howard Yoder Dialogues on Religion, Nonviolence and Peace at 11 a.m. Monday (Feb. 20) in the auditorium of the Hesburgh Center for International Studies at the University of Notre Dame.

Margalit’s talk, titled “The Kiss of Betrayal: From Family to ‘Friendship in Faith’,” is free and open to the public and will be followed by an informal discussion.

The Schulman Professor of Philosophy at Hebrew University in Jerusalem, Margalit is a frequent contributor to the New York Review of Books and helped found the organization Peace Now. In 2001 he was awarded the Spinoza Lens Prize for “a significant contribution to the normative debate on society.”

Margalit is the author of “The Ethics of Memory” and “A Decent Society” and has published widely in philosophical journals on topics including philosophy of language, logical paradoxes and rationality, social and political philosophy, and the philosophy of religion.

Born in Israel in 1939, Margalit began his study of philosophy at the Hebrew University, where he earned his bachelor’s, master’s and doctoral degrees before joining the faculty in 1970.

Yoder, a founding fellow of the Kroc Institute , taught at Notre Dame from 1968 until his death in 1997.

A devout Mennonite who believed that nonviolence is an imperative for all Christians, Yoder resisted the notion that Christians should be assimilated into secular society and insisted that the Church is itself an entirely new society which embodies the forgiveness and self-sacrificing love of Jesus. His scholarship and teaching have profoundly influenced theological discussions about war, social justice, and the relationship between church and state. He wrote several books, including “The Priestly Kingdom,” “What Would You Do?” and “The Politics of Jesus.”