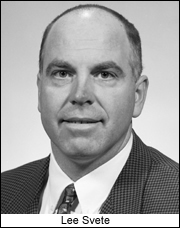 It used to be that you could graduate from college, maybe take the summer off to lounge around your parents’ house and reconnect with old friends in your hometown, then set about the task of finding a job.

Then it got a little more serious – in order to hit the ground running, you had to have something lined up at least a few months before picking up your diploma.

As it turns out, for students who would rather ease into the real world, those were the good ol’ days. In today’s competitive job market, many students are finding that their career path actually begins well before graduation, for some even as early as the summer before their sophomore year.

“The market demands and expects that students have some experience before their senior year. That’s a big part of it,” says Lee Svete, director of Notre Dame’s Career Center. “But the trend has been driven by a lot of employers who are making job offers to their interns at the end of their junior years.”

Svete points to key employers – such as investment firm Goldman Sachs, which hires some 70 percent of its entry-level workforce from its large pool of student interns – as catalysts for the somewhat astounding increase in the number of Notre Dame students who have participated in internships over just the past several years. He calls it “a pretty big jump.”

In 1999, a mere 45 undergraduates completed internships. By last year, that number had skyrocketed to 1,446, or roughly one-third of the University’s sophomores, juniors and seniors. (Freshmen, while they may very well be participating in some kind of work study following high school graduation, do not factor into the equation because the data reflects internships completed during the summer prior to the academic year.) Svete says the sharpest rise within that timeframe took place over just the last three or four years.

The upward trend is reflected as well in career-related campus activities, such as the annual Career and Internship Fair, which jumped from some 70 organizations and 500 students participating in 2000, to 170 companies and 2,220 students at last year’s event.

The internships themselves also are changing. Opportunities that were once largely geared toward students in engineering and hard sciences are now spanning a multitude of disciplines, with the liberal arts and business strongly represented. The positions are respectable, too – from work at the Mayo Clinic to the Department of Justice, these internships truly qualify as rsum-builders.

This sort of phenomenon would probably be somewhat less newsworthy at other institutions. But at Notre Dame, where there is no internship requirement built into the curriculum and a strong bent toward summer service and studying abroad, it is significant that students are making internships such a high priority.

What they gain, according to Svete, goes beyond landing that first job.

“It’s also an opportunity for students to apply the theoretical ideas of coursework in a work environment,” he says, adding that they also garner valuable information through the entire process that helps them to make career decisions down the road.

Because internships have become highly competitive, the interview experience itself also is invaluable. “It’s just like a full-time job interview,” he says.

Svete’s goal for Notre Dame is to double the participation rate over the next five years. With interest high and steady, the challenge is not in getting students to sign on, but rather, in helping them to finance the usually unpaid stints. Corporate partners and alumni giving programs are prime sources of funding, as are the Lilly Endowment and the University’s new Global Internship Initiative, which will provide $75,000 in financial aid to students participating in international internships, nine of which will take place at this year’s Beijing Olympic Games.

Svete sees the Career Center as a “silo of internship development,” but is quick to point out that his team can’t do it alone. He counts the Center for Social Concerns, Kellogg Institute, London Program and Student International Business Council among the many important campus partners in the endeavor.

“I see us as a leader, but this is an institutional collaborative venture,” he says.

Originally published by Julie Hail Flory at newsinfo.nd.edu on January 25, 2008.