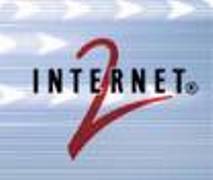 Theater in China has a long history, beginning, according to some estimates, somewhere between 722 and 484 B.C. A new chapter was added to that rich history on Dec. 14 when the University of Notre Dame and Qinghua University in Beijing completed the first live theater performance from China over the Internet2/CERNET.

A 15-minute act of the controversial Chinese play “New Youth” was broadcast over the Internet in high-quality video and audio from Qinghua University to DeBartolo Hall on Dec. 14. Written and directed by Hang Cheng, the play is a bold reinterpretation of the New Culture Movement.

“The play suggests that what is a `sacred’ part of China’s official 20th century history is more myth than history, more play than work, and more virtual than real,” said Jonathan S. Noble, a Notre Dame visiting assistant professor of East Asian languages and literatures.

Noble translated the play and organized the Internet2 experimental performance. After the performance, Cheng and the play’s actors were available for a virtual question and answer session.

Internet2 tests between Notre Dame and Qinghua University began last January. The hope is that the technology will enable future collaboration between faculty, students and artists from Notre Dame and China.

Originally published by William G. Gilroy at newsinfo.nd.edu on December 20, 2006.